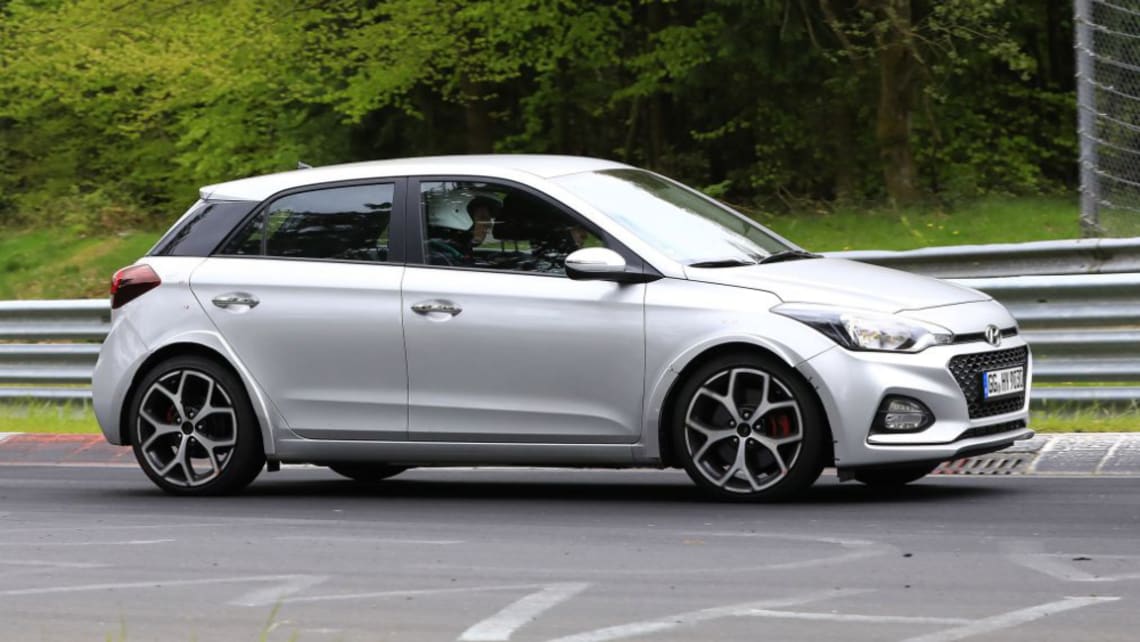 Hyundai Australia has confirmed the i20 N mini five-door hot hatch is on its wish list as the country prepares for a model onslaught from the car maker’s high-performance N division.

Speaking to CarsGuide at the launch of the new Veloster, Hyundai Australia’s product general manager Andrew Tuitahi said that while it wouldn’t be cost effective to bring the entire i20 range here, there’s a strong chance the i20 N could land on our streets.

“As a conventional model, financially i20 doesn’t make sense with exchange rates and freight,” Tuitahi said of the Turkish-built tiny hatch.

“We can’t see there being that big a shift in terms of global economics. So, i20 as a standard model wouldn’t be feasible.

“If there was to be an i20 N it would definitely be on our wish list and you could probably make that work in a similar way to the Fiesta.”

Ford confirmed last year that it would only be bringing the new-generation Fiesta to Australia in high performance ST guise. Due to arrive early in 2020, the Fiesta ST will be powered by 147kW/290Nm 1.5-litre turbo-petrol four-cylinder with Ford claiming a 0-100km/h time of 6.7 seconds.

Seen testing in May this year at the Nurburgring Norsdschleife, the i20 N could outpower the Fiesta ST with a 150kW 1.6-litre turbo-four, along with beefed-up brakes, a lower ride height, larger wheels and firmer suspension.

If the i20 N does arrive here it will also almost certainly be joined by the Kona N, with Hyundai telling CarsGuide recently that a small SUV based on the i30 platform wearing an N badge will arrive Down Under. N division boss Albert Biermann previously confirmed the Kona N would share the same 202kW/353Nm 2.0-litre turbo-petrol found in the i30 N.

While Mr Tuitahi couldn’t give us any more information on the Kona N or i20 N, he did tell us that nearly every model in Hyundai’s line-up will be given a sporty N-Line grade, too.

“For full-fat N products we can’t confirm anything,” he said.

“You can expect to see N-Lines pretty much across the product range though.”

An N-Line car is a sort of mid-way point between the regular grades in a Hyundai model range and the high-performance N car. While an N-Line car doesn’t have the same high-output as an N car, it can share many of its styling elements such as wheels and aerodynamic packages.