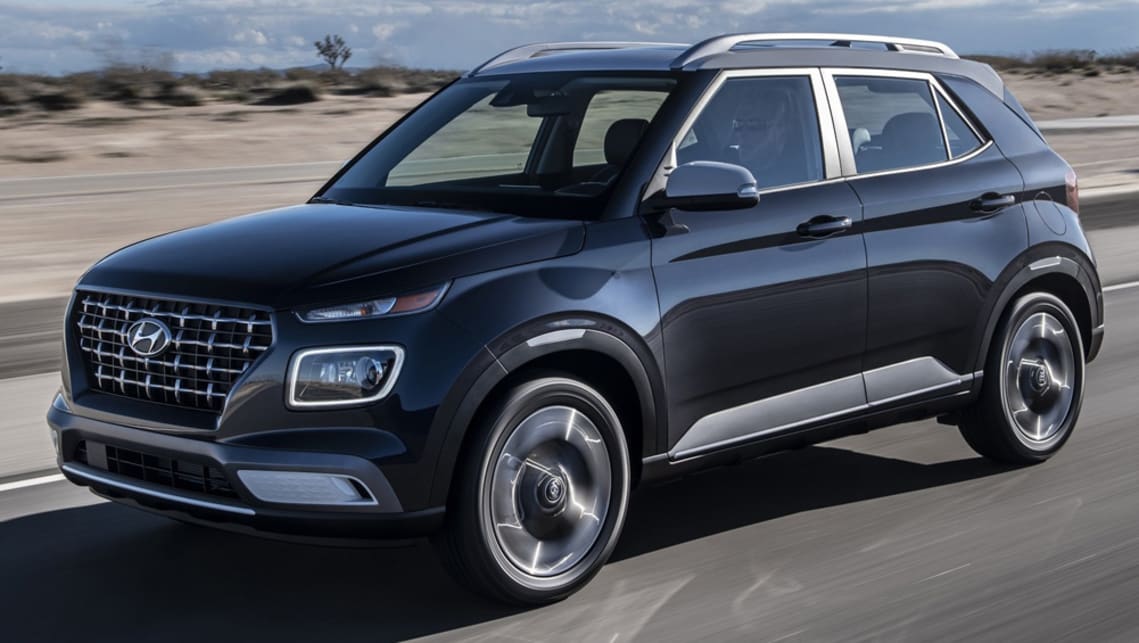 Hyundai will offer another destination for Australian buyers looking for a small SUV next month with the launch of its Venue crossover, which is poised to steal sales away from the segment-leading Mitsubishi ASX and Mazda CX-3.

But doesn’t Hyundai already have a small SUV in the form of the quirky Kona?

Measuring 4036mm long, 1770mm wide, 1565mm tall and with a 2520mm wheelbase, the Venue is smaller than its sibling in all dimensions, and will also be priced lower than the entry-level $23,500 before on-road costs Kona Go.

As such, the potentially three-variant Venue range is expected to open below $20,000 for the base grade that could, if Hyundai follows the same naming conventions, be dubbed Go.

More well-equipped versions at a higher price will also launch in Australia, with Australia Design Rule (ADR) documentation showing the base Venue will come with 15-inch wheels, while the top-tier variants will ride on 17-inch wheels.

All however, will be powered by a 1.6-litre four-cylinder petrol engine that produces 90kW/154Nm that drives the front wheels.

The bottom grade will also be paired to a six-speed manual gearbox, while the higher-spec Venues, possibly called Active and Elite, will gain a six-speed torque converter automatic transmission.

With a smaller footprint than its Kona sibling, the Venue can accommodate 903 litres of volume with its 60/40 split-fold rear seats stowed, but the cargo compartment floor can be adjusted to two levels.

Inside, occupants are also treated to a large floating 8.0-inch multimedia touchscreen with Apple CarPlay and Android Auto functionality, as well as Bluetooth and USB connectivity.

Personalisation is also expected to feature prominently, with options in overseas markets for two-tone roofs including a white alernative.