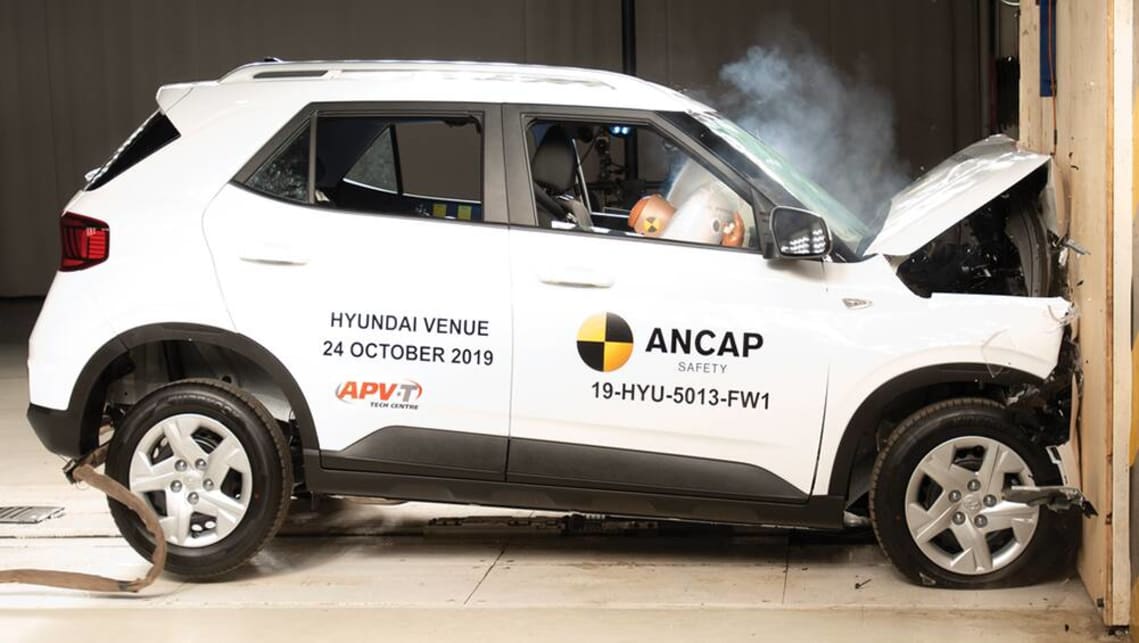 The Australasian New Car Assessment Program (ANCAP) has hit the Hyundai Venue small SUV with a substandard four-star safety rating due the limited capability of one of its advanced driver-assist systems.

“The Venue fell shy of the five-star safety standard we’ve come to expect from Hyundai, with ‘marginal’ performance levels observed for its ability to avoid a rear-end impact with vehicles in front,” said ANCAP chief executive James Goodwin.

As such, the average performance of the Venue’s autonomous emergency braking (AEB) system held it to a score of 62 per cent in Safety Assist testing, placing it below the 70 per cent threshold for a coveted five-star safety.

Interestingly, Mr Goodwin noted “the Venue is the first model to undertake Safety Assist performance testing in Australia, following the commissioning of a new test facility in regional NSW”.

The Venue also scored 62 per cent in Vulnerable Road User Protection testing, partly due to the AEB system’s inability to detect cyclists.

For reference, the Venue ranges in price from $19,990 plus on-road costs for the manual Go range-opener to $25,490 for the automatic Elite flagship.