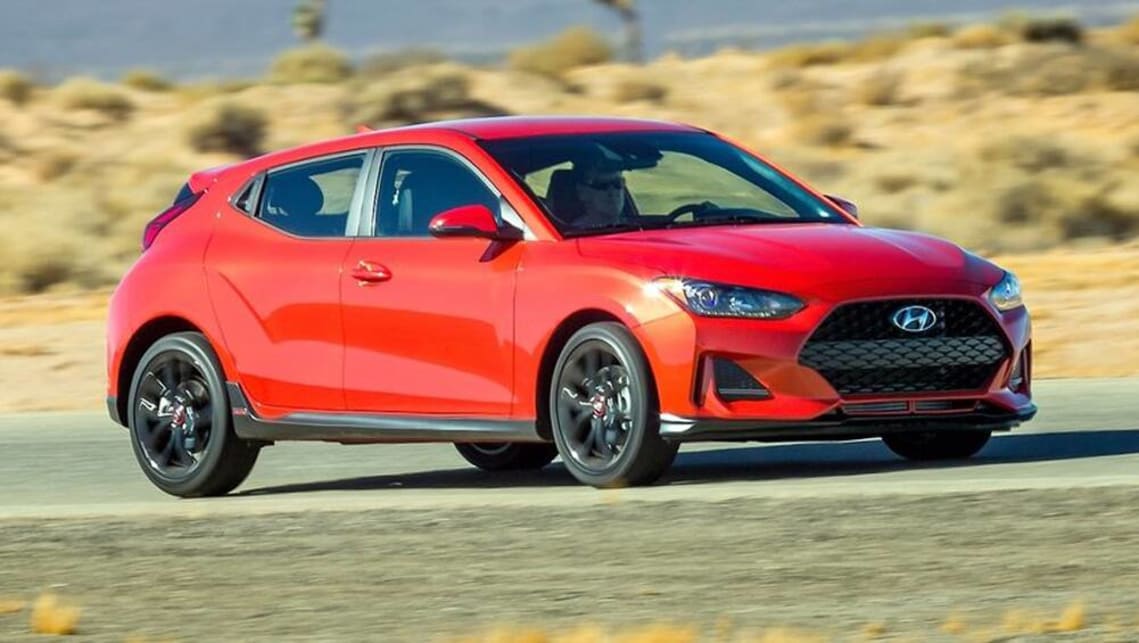 Hyundai Australia has released pricing and specification for its long-delayed Veloster four-door hatchback, which was first revealed at last year’s Detroit motor show in January.

The second-generation version of the quirky Veloster retains the signature single driver’s side-, two passenger-side- and hatchback-door layout, with pricing kicking off from $29,490 before on-road costs when it enters showrooms later this month.

The Veloster range will consist of three variants – the base Veloster, more potent Veloster Turbo and top-shelf Veloster Turbo Premium – with the former powered by a 2.0-litre four-cylinder petrol engine making 110kW of power and 180Nm of torque, and the latter two underpinned by a 1.6-litre turbocharged four cylinder making 150kW and 265Nm.

Both will be available with a six-speed manual transmission and the choice of an automatic – a six-speed torque converter in the 2.0 litre and a seven-speed dual-clutch unit in the Turbo.

The Premium gets its own dark metallic/machined rims, sunroof, leather upholstery, heated steering wheel, head-up display, heated and ventilated front seats, rain-sensing wipers, and a wireless smartphone charging pad. It also gets the option of a two-tone roof in Phantom Black for an additional $1000.