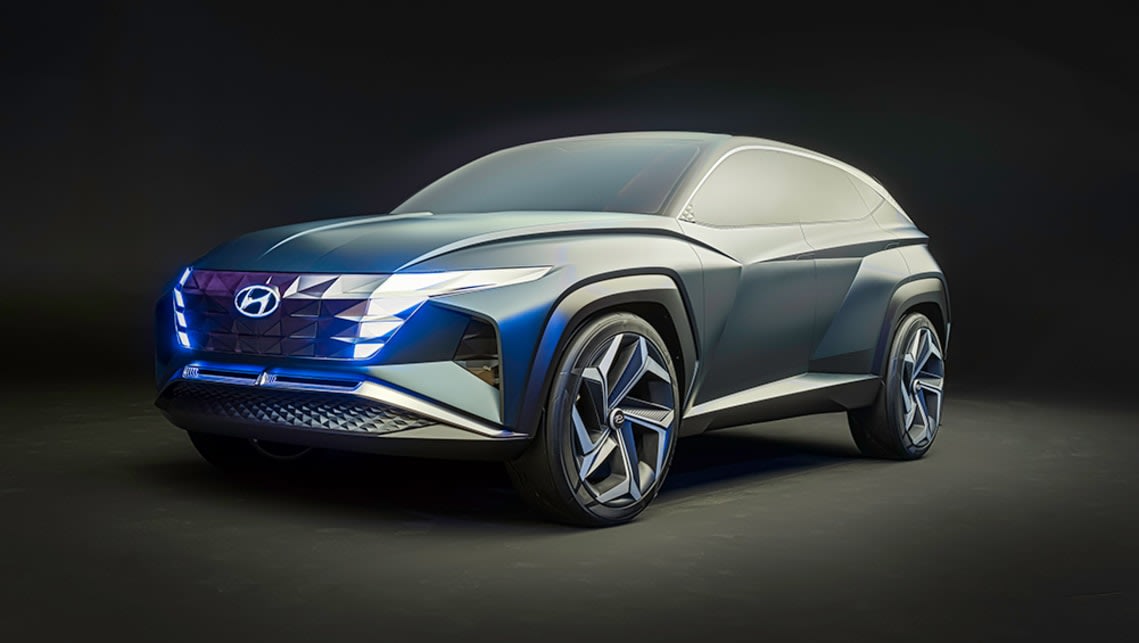 Hyundai Tucson 2021: What we know so far about new Toyota RAV4 and Mazda CX-5 rival

Hyundai has attracted plenty of attention with its i30 N hot hatch and push into electrification with the Kona Electric and Ioniq. But, by far, the brand’s most important upcoming model is the all-new Tucson due in 2021.

The SUV has replaced the sedan as the family car of choice in Australia, with the Toyota RAV4, Mazda CX-5 and Tucson all regularly inside the top-10 best-selling models in the country. So getting it right will be crucial to the brand’s sales success in 2021 and beyond.

Expect it to be revealed globally by the end of the year (COVID-19 restrictions notwithstanding) before it arrives in Australian showrooms in the first half of 2021.

In the meantime, here’s what we know so far about the new Tucson.

The South Korean brand previewed the Tucson with the bold Vision T Concept at the 2019 Los Angeles motor show. And if you think that was just a wild concept that will be sanitised for the production car, you may be in for a shock, with Hyundai design boss quoted in Korean media saying the new Tucson will “freak out” people.

The production Tucson is expected to feature many of the design cues from the concept, including the new take on the brand’s signature ‘cascading’ grille and angular crease lines down its flanks.

Inside, the Tucson will also get a major upgrade over the current model. Spy shots have so far shown a digital panel will replace the traditional instrument cluster and a huge, Tesla-style central touchscreen will control the multimedia system.

However, don’t expect the digital instrument cluster to feature on all models, with the lower-grade models likely to miss out to ensure competitive pricing.

Under the bonnet will be more conventional than the design. Expect a 1.6-litre turbo-petrol engine making 132kW/265Nm and a 2.0-litre turbo-diesel unit to power the majority of the range.

But to keep competitive against the RAV4 and Subaru Forester (as well as continue the brand’s electrification push), the new Tucson will feature a hybrid option for the first time. It will be based on the 1.6-litre petrol engine and should boast 169kW.

An N Line variant is all but confirmed and a red-hot N Performance model is hotly tipped. The latter would give Hyundai a direct rival to the upcoming Volkswagen Tiguan R, as well as expand the brand’s burgeoning N Performance line-up. Hyundai is already expected to add a Kona N in 2021, so another SUV would fit well.

A new 2.5-litre four-cylinder turbo-petrol engine making at least 213kW/422Nm is set to power the N Line. Like all N Line models it would feature upgrades to its styling but wouldn’t get any major chassis changes.

Naturally any N Performance model would have to elevate beyond those outputs, with speculation from Korea that a Tucson N could be packing more than 250kW/450Nm from the same engine. It would also benefit from an overhaul of its handling package, with a bespoke suspension and steering tune.