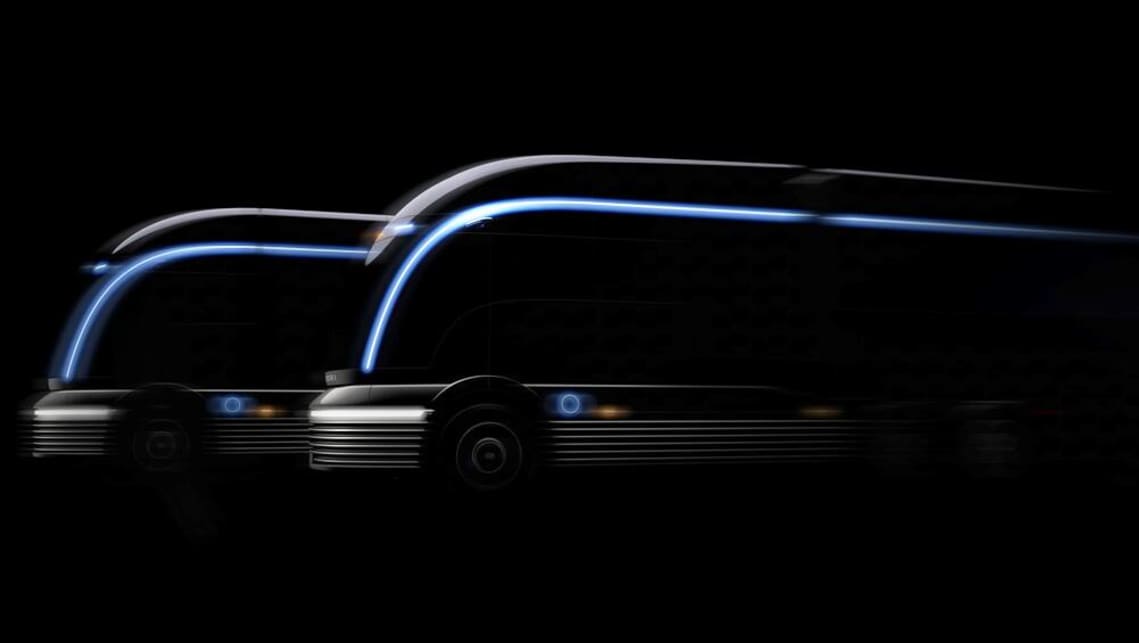 Hyundai to take on Tesla with its own zero-emissions truck

Hyundai’s next step in hydrogen fuel cell mobility will be in the form of a large commercial vehicle as the brand teases a concept for a large truck dubbed HDC-6 Neptune for a reveal later this month.

Though very little information is currently known about the new model, it will be powered by a hydrogen fuel cell to produce electricity for propulsion, emitting just water vapour as a result.

The advantage of a hydrogen fuel-cell electric vehicle (FCEV) over the usual plug-in battery electric vehicle (BEV) is that the former can be quickly refuelled using compressed hydrogen instead of needing an often-lengthy recharge time.

The HDC-6 Neptune is expected to rival Tesla’s Semi, which was shown in prototype form in 2017 and sports a plug-in all-electric powertrain with batteries that will run up to 805km on a single charge.

Though Hyundai is yet to detail the powertrain details of the HDC-6 Neptune, its existing Xcient fuel cell truck features two 95kW hydrogen stacks that delivers 190kW of power and around 400km of driving range.

In conjunction with the HDC-6 Neptune commercial truck reveal, Hyundai will also show off its vision of future cargo hauling with the Nitro Thermotech concept, an “eco-friendly, high-performance refrigerated concept trailer solution”.

“With the introduction of the HDC-6 Neptune, in addition to the road proven Xcient fuel cell truck, we expand our technology leadership into the commercial vehicle sector by unveiling our vision of how fuel cell electric trucks can resolve the environment equations of widely used commercial vehicles and our commitment to create a decarbonised society,” he said.