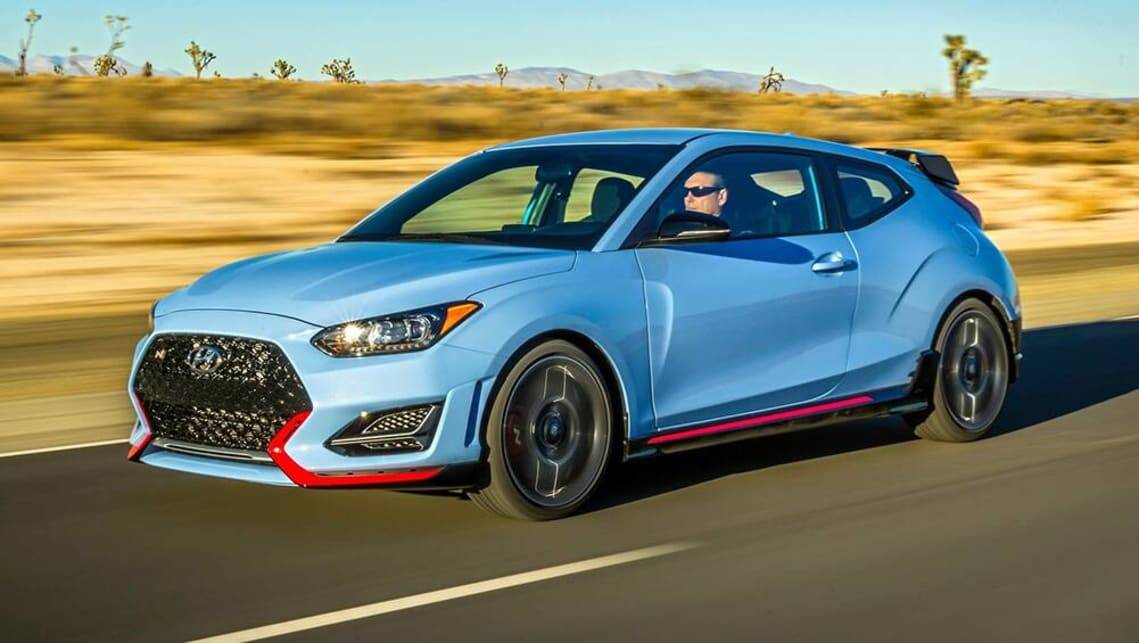 Hyundai’s N performance family could be set for a performance overhaul, with the brand snapped testing a new 2.5-litre engine in its Veloster N hot hatch.

To date, the Hyundai N range has been powered by a punchy 2.0-litre turbocharged petrol engine, which in the case of the i30 N in Australia, produces a very healthy 202kW and 353Nm.

But Korean outlet thekoreancarblog.com has published snap of a Veloster N prototype being tested with a new 2.5-litre turbocharged engine under its bonnet – identified by a sticker applied to the driver’s door – which would suggest a new powertrain is under development at Hyundai’s performance division.

It is understood the engine was mounted at the front, rather than the mid-engined race car for the road Hyundai is also working on. The engine in question is thought to be the new 2.5-litre, four-cylinder unit borrowed from the new Genesis G80, which, in that car, delivers some 207kW and 422Nm.

That’s a healthy boost, especially in torque, from the current 2.0-litre engine’s outputs. And given the N family’s penchant for using the same engine in each of its performance variants, you could expect a new engine to filter out across the rest of the range, including the i30 N and Kona N.

Whatever happens, it’s safe to assume an engine swap isn’t in the immediate future. For its part, Hyunda Australiai tells CarsGuide it’s unaware of an imminent engine swap.

The i30 N, with its current engine, is set to receive its long-awaited automatic option, an eight-speed automatic gearbox, with a global launch expected in late 2020. The Kona N will follow, with Hyundai having previously confirmed it too would borrow the same turbocharged 2.0-litre engine as the i30 N.