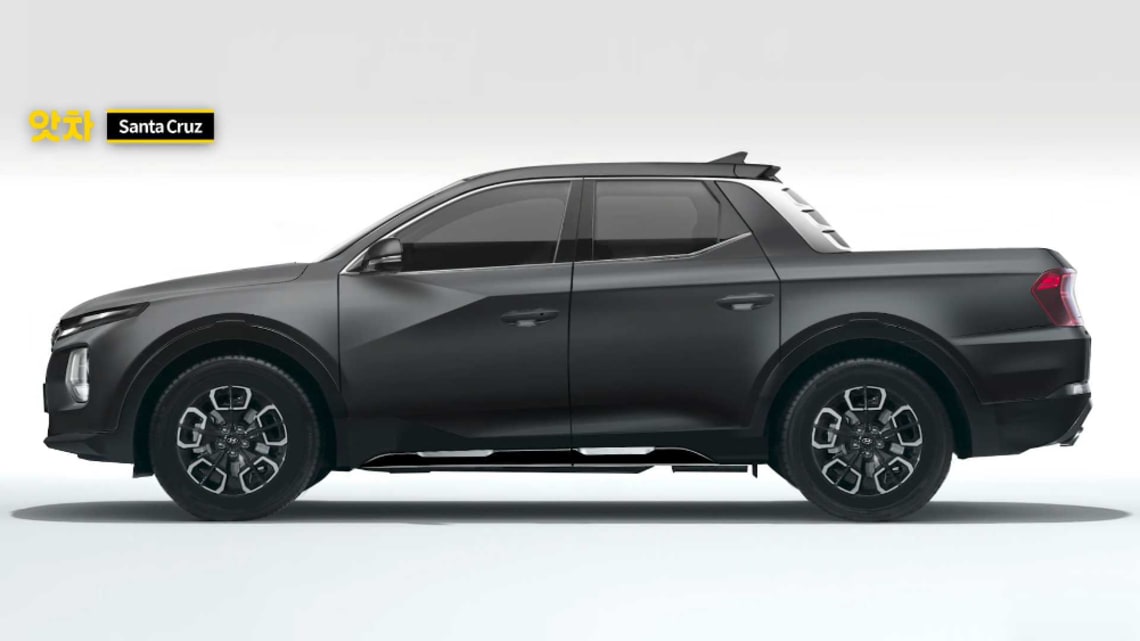 Yes, it’s been a long time coming, but the Hyundai Santa Cruz is finally readying for launch, and now some revealing spy pics have led to fact-based renders that preview just what the Korean ute will actually look like.

The latest renders come courtesy of AtchaCars, with designers there basing on these best-so-far renders on the spy pics that surfaced earlier this week, when the Santa Cruz’s finished body was snapped outside what appears to be a manufacturing facility.

That picture was the most revealing we’d seen to date, and it’s clearly inspired these accurate-feeling renders, up to and including the sharp, arrow-head body creases that cut into each of the two front doors.

Possibly the biggest change between the finished Santa Cruz and the concept that was revealed five years ago is that the Korean pick-up has morphed from what was described as a “lifestyle” vehicle into a proper-looking ute, despite being a unibody vehicle that will be smaller than a Toyota HiLux or a Ford Ranger.  Every new image we see shows a tougher-looking ute than we were expecting when the Santa Cruz concept was first revealed.

According to international reports, the Santa Cruz will arrive with a choice between a 2.4-litre petrol and turbocharged 2.0-litre petrol, both borrowed from the US-spec Santa Fe and both paired with an eight-speed gearbox and AWD. If those numbers prove correct, the Santa Cruz would deliver some 137kW and 241Nm in 2.4-litre guise, and a considerable 175kW and 352Nm with the 2.0-litre turbo engine

Hyundai in Australia is yet to confirm the Santa Cruz for our market, though it has confirmed – as recently as November last year – that the new ute is now “under study” for Australia.