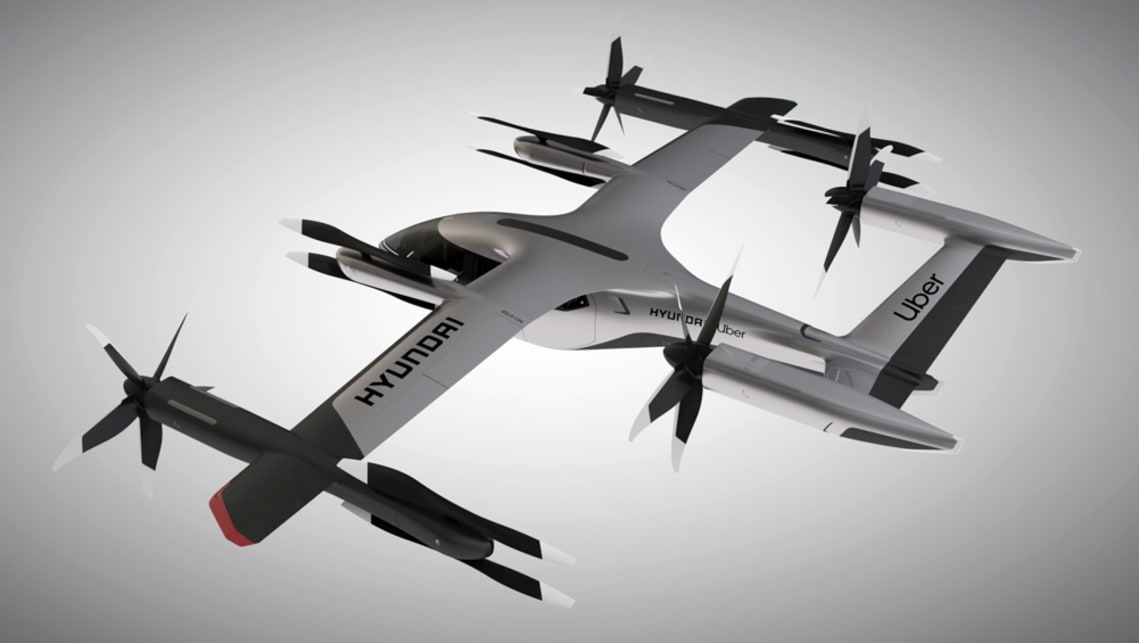 Hyundai reveals its Uber flying taxi of the future

Hyundai has unveiled its Uber flying taxi concept that could take to the skies over Melbourne this year in a trial program before rolling out to the rest of the world.

The full-scale aircraft concept was shown at this year’s Consumer Electronics Show (CES), which will be produced by Hyundai and supported by Uber through its Elevate initiative, which includes the customer interface and access to the aerial ride-sharing network.

Uber previously announced that it will be trialling its new Uber Air flying taxi service in Melbourne from this year, with public rides planned for 2023.

Dubbed S-A1, the personal air vehicle features an electric vertical take-off and landing (eVTOL) system to launch from helipads instead of needing a long runway.

Seating is available for four passengers and luggage, while drivers will initially operate the vehicle before the vehicles eventually become autonomous.

With a full-electric powertrain, the S-A1 will need up to seven minutes to recharge between journeys.

A multi-rotor and propeller design mean that the electric propulsion system has several redundancies in place in case of failure, while also reducing noise compared to vehicles such as helicopters.

“Our vision of Urban Air Mobility will transform the concept of urban transportation,” he said.

“We expect UAM to vitalise urban communities and provide more quality time to people. We are confident that Uber Elevate is the right partner to make this innovative product readily available to as many customers as possible.”

Meanwhile, Uber Elevate boss Eric Allison said the South Korean carmaker was the right partner to team with to produce a flying vehicle.

“Hyundai is our first vehicle partner with experience of manufacturing passenger cars on a global scale,” he said. “We believe Hyundai has the potential to build Uber Air vehicles at rates unseen in the current aerospace industry, producing high quality, reliable aircraft at high volumes to drive down passenger costs per trip.