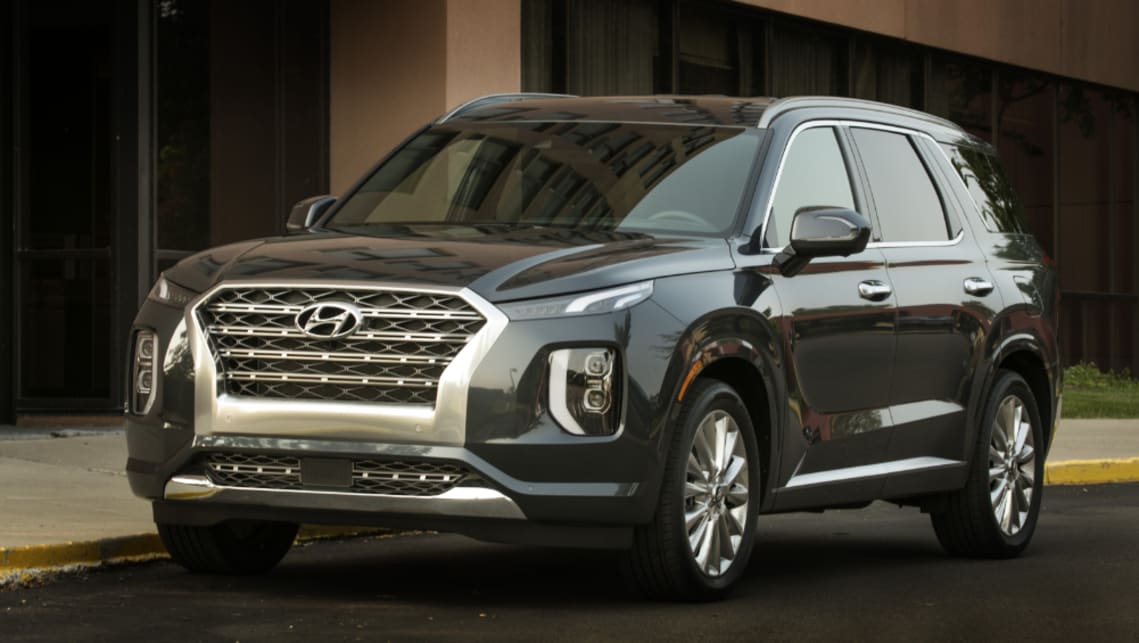 Hyundai’s campaign to launch the Hyundai Palisade in Australia is gathering steam, with the brand “in talks” with its Korean HQ about delivering a right-hand-drive version of the seven-seat Toyota Kluger rival in its current generation.

Internationally, the Palisade is known as Hyundai’s “flagship SUV”, with the jumbo seven- or eight-seater arriving with a 10.0-inch multimedia screen, a 12.3-inch digital driver’s binnacle, heated and ventilated seats in the first two rows, a whopping seven USB charge points and a (verging on ridiculous) 16 cupholders.

But perhaps more importantly for Hyundai in Australia, it would plug a hole in the brand’s SUV line-up, and one where competitor vehicles like the Kluger, the Mazda CX-9 and the Nissan Pathfinder currently play.

The Palisade is currently only offered in left-hand drive, but Hyundai is campaigning hard for a right-hand-drive version for our market, and the brand here is confident it woudn’t have to wait for a new generation to get it.

“We’re in discussion with head office to see if right-hand drive will be possible for this generation,” a spokesperson told CarsGuide. “It would a great addition to our SUV range in Australia.”

At almost five metres long, two metres wide and 1.75 metres tall, the Palisade is bigger in every way than the Santa Fe SUV. So big, in fact, you can choose between seven or eight seats, and there’s a whopping 510 litres of luggage space with all the seats in place.

Overseas, buyers get a 3.8-litre petrol V6 (218kW and 355Nm). But as reported previously in CarsGuide, the Australian arm would look to add the 2.2-litre diesel currently used in the Santa Fe to line-up.

Hyundai Australia has made no secret of how successful it thinks the Palisade could be in Australia. The brand’s local chief executive, JW Lee, has previously told CarsGuide that he wants to see a larger SUV in the local line-up.

“I have always wanted to include a bigger SUV in Australia,” he said. “This bigger-size SUV market has quite strong demand, I think, in Australia. And not only in here, but also in some other markets, too.”