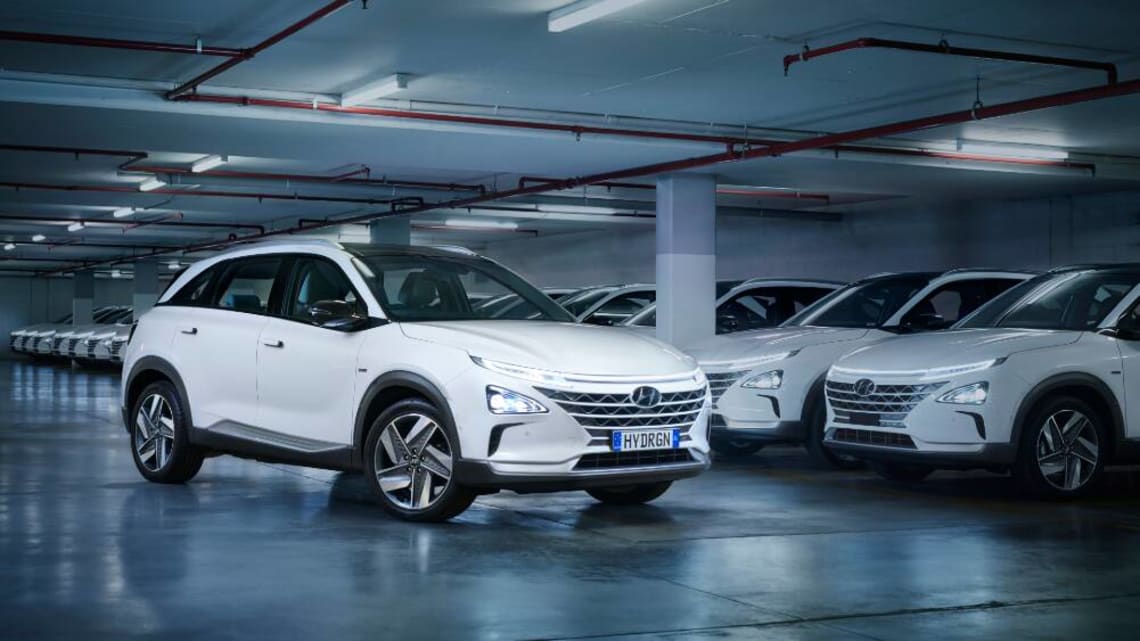 Hydrogen fuel cell vehicles such as the Hyundai Nexo and Toyota Mirai could not only become more common, but Australia could create more jobs and reduce our dependence on forgien fuel supplies.

That’s according to NSW Environment Minister Matt Kean, who is set to announce plans to create hydrogen production facilities in Newcastle and Port Kembla. According to a report in The Sydney Morning Herald, Kean will release a report created by NSW Chief Scientist and Engineer that highlights both the economic and environmental benefits of Australia pursuing clean hydrogen production.

The report, titled Decarbonisation Innovation Study, was tasked with finding a way for the NSW Government to find a way to achieve its publicly stated goal of producing net zero emissions in the state by 2050 while also finding ways to create new jobs.

The report outlines plans for the government to create ‘Hubs’ to help create clean hydrogen, supply it locally and export it to meet growing demand overseas.

Hydrogen start-up H2X has already announced plans to produce a range of hydrogen fuel cell vehicles (FCEV), including the Snowy SUV and commercials, in Port Kembla.

Any significant government investment and support of hydrogen vehicles will help brands like Hyundai and Toyota that have long advocated for FCEV as future transport solutions for the mass market. Currently both are restricted to doing deals with fleet operators who can afford the high purchase price of the vehicles as well as establish their own fueling station.

If NSW began producing significant quantities of hydrogen and the government supported a roll-out of fueling infrastructure it could help make models like the Nexo and Mirai more popular with private buyers.

Transport for New South Wales has already begun transitioning parts of its bus fleet to both battery-electric and fuel cell powertrains.

“The NSW Government is a major purchaser of transport infrastructure and vehicles,” the report states. “This presents an economic opportunity for the NSW Government to leverage its procurement power to expand markets in EVs, mobility services and low emissions climate-resilient construction materials for transport infrastructure. This can also support smaller purchasers (including businesses and households) by decreasing prices and increasing choice through economies of scale. Government procurement of low or net zero emissions electricity for public transport systems is also an opportunity to support growth of the renewable energy sector in NSW.”

The news comes only weeks after Hyundai announced it has signed an agreement with energy company Jemena, in partnership with Coregas, to generate and supply hydrogen to the company’s fuelling station at its Sydney headquarters.

While initially a small deal, the arrangement will see Jemena produce hydrogen from renewable sources, including wind and solar, in order to provide clean energy, but it’s part of Jemena’s larger Western Sydney Green Gas Project. That initiative is attempting to prove hydrogen is a safe and reliable power source by providing energy to 250 homes.

The same report also suggests the EVs could account for up to half the vehicles on the state’s roads by 2030, thanks to price parity between conventional internal combustion engine and electric models by the middle of this decade; a view supported by many within the automotive industry.