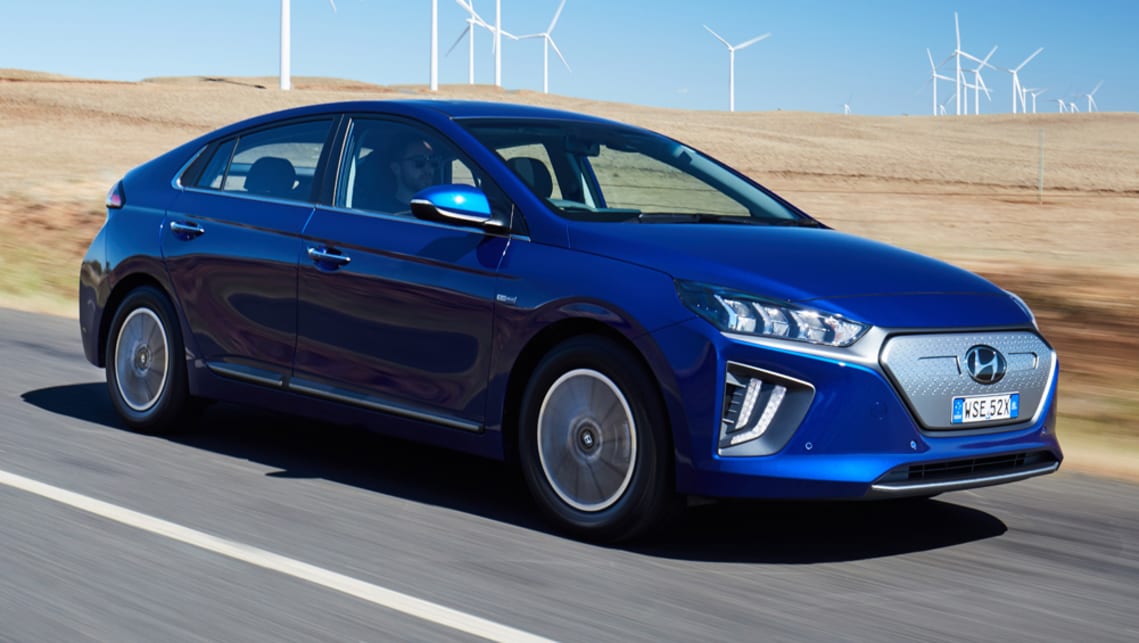 Hyundai’s environmentally focused Ioniq has lost the title of Australia’s most affordable electric vehicle (EV), with the 2020 model year overhaul ushering in an increase in price, as well as a new look, increased standard equipment and extended range for the battery electric variants.

However, both emissions-free variants gain a more potent electric motor, which ups power from 88kW to 100kW. Torque meanwhile, remains steady at 295Nm.

In terms of battery size, the Ioniq Electric is fitted with a larger 38.3kWh lithium-ion unit (up from the outgoing model’s 28kWh battery), which increases its driving range from 280km to a claimed 373km – both tested on the defunct NEDC procedure.

On the more stringent WLTP metric, the new Ioniq Electric will travel 311km before needing a recharge.

With the larger battery fitted, the Ioniq Electric also sports an improved DC fast charging time, now able to juice up from zero to 80 per cent in less than one hour using either a 50kW or 100kW station.

Hyundai says the AC charger has been increased to 7.2kW, allowing for a circa-six-hour recharge time when connected to a compatible charging station, or else a standard 240V household socket will need 17.5 hours to refill the battery.

Both Hybrid and Plug-in Hybrid use a carryover 104kW/170Nm petrol-electric powertrain, with a 1.56kWh battery fitted to the former and an 8.9kWh battery installed in the latter.

As such, the Hybrid will return a fuel economy rating of 3.4-3.9 litres per 100km, while the Plug-in Hybrid is pegged at 1.1L/100km thanks to its 63km (NEDC tested) electric driving range.

From the outside the new Ioniq line-up can be differentiated by new front and rear fascias, new-look alloy wheels and a fresh grille.

New in the 2020 model is the standard inclusion of a 10.25-inch multimedia touchscreen with satellite navigation, Apple CarPlay and Android Auto, as well as high-beam assist and an upgraded driver attention warning system.

Of note is the removal of the AUX input due to “current consumer preferences”, according to Hyundai Australia.

Premium variants of the Plug-in Hybrid and Electric also benefit from the added equipment, barring the former’s 16-inch wheels and the latter’s single-zone climate control.