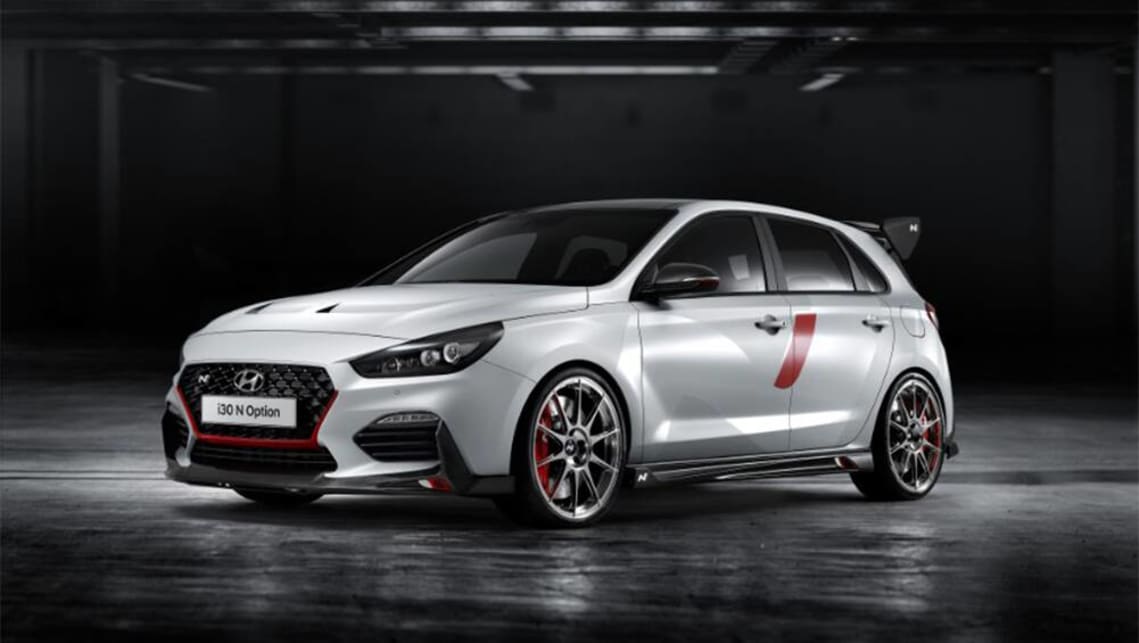 Hyundai i30 N Limited Editions on the cards

Hyundai is preparing to give its i30 N hot hatch some special upgrades.

Australia missed out on the recently released European-only i30 N Project C, a lighter and faster version of the car, but there’s good news for local enthusiasts. We will be getting some Limited Edition models of our own in the coming years, with plans to introduce short runs using the extensive list of N Option parts already revealed overseas.

But Hyundai Australia’s head of product planning, Andrew Tuitahi, explained to CarsGuide it has proven difficult to offer individual accessories at a reasonable price to local customers, which has led to a different strategy.

“I think we’ll see some of those parts come to Australia as special editions or some limited runs, maybe,” Tuitahi said. “Or we’ll even see some of those things at product enhancements and when new models come out they’ll be parts for those cars. But the availability as accessories right now is proving pretty tough just based on pricing.”

And that’s only the beginning for N Performance offerings in Australia. Tuitahi confirmed that an aggressive expansion into several segments is coming soon in both high-performance N form as well as the mildly upgraded N Line models.

“There are copious amounts of full fat N products on the way,” he said. “There is a lot of N Line product coming as well. I think in three to four years we’ll have five or six full N products and maybe seven N Line products to go along with them.”

Among those “full fat” N models is expected to be the Kona N, as suggested to CarsGuide by N global chief Albert Biermann at the Frankfurt Motor Show, as well as the pint-sized i20 N.

Tuitahi admitted the light car market is difficult for Hyundai Australia with the current Accent now out of production. The European-built i10 and i20 too expensive to be competitive, but he said the South Korean brand could follow the lead of Ford Australia and only offer the i20 N hot hatch locally, instead of the entire range.

He said: “I think in the way that B-segment passenger vehicle has dropped in favour of SUVs, I think there’s always going to be people interested in that type of car, that size of car, the practicality it affords. If we can bring an N to market that speaks to hot hatch enthusiasts we’ll definitely do it.”