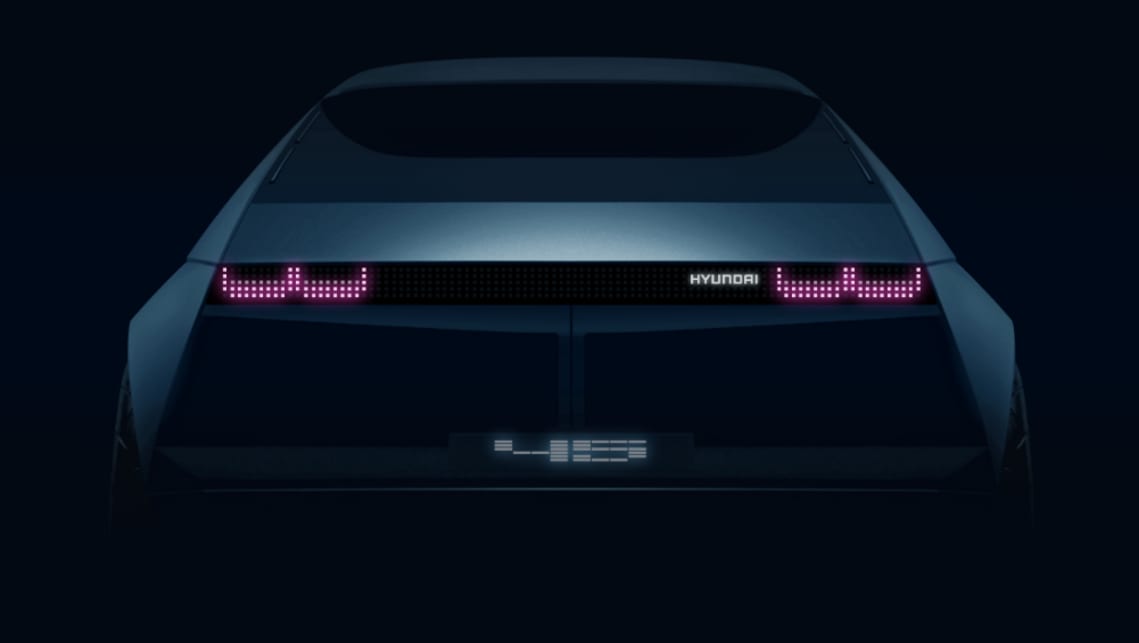 Hyundai has gone back to the future with its new 45 EV concept, with the brand to unveil an electric vehicle inspired by the brand’s first model, the Pony.

That car, revealed to the world at the Turin Motor Show in 1974, was a four-door sedan, and later a three-door hatchback, that led the way to the brand’s first truly global model, the Hyundai Excel.

And it’s with an eye on that past that Hyundai unveiled what it calls its “future of car design”, the 45 EV concept car that will be unveiled at the Frankfurt Motor Show in September.

Described as a “symbolic milestone” for Hyundai, the 45 will feed the brand’s future electric vehicle design, and while we can only catch a glimpse or two in these images, we’re left thinking that’s no bad thing.

Details are scarce for now, but we’ll keep you updated as news comes to hand. The 45 will be unveiled at the Frankfurt show on September 10.