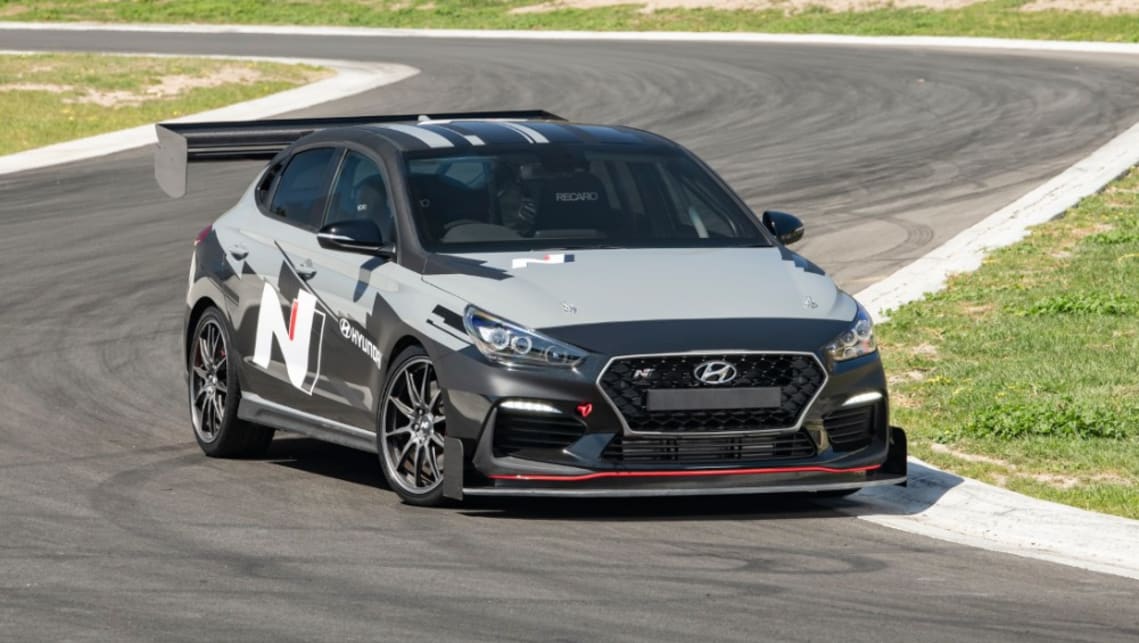 Hyundai will use an entry in the World Time Attack Challenge as a test bed for a faster, more powerful i30 N in the future.

Hyundai Australia has long hinted it wanted to create a more potent version of its first hot hatch and it’s motorsport campaign is the clearest indication yet. World Time Attack is a motorsport event that sees race teams and tuning houses modify road cars in a bid to set the fastest lap time.

Hyundai’s entry will be a modified i30 Fastback N which will run several optional or prototype parts that could be fitted to a production model if they prove reliable. While the i30 Fastback N for Time Attack has been built in Australia it features an engine designed and tested with help from Hyundai’s High Performance Team in Korea.

While the wild-looking body kit is purely for competition, Hyundai said the upgraded engine could soon find its way into showroom models. It features an upgraded turbocharger and intercooler to produce more power and torque than the standard 202kW output; but Hyundai hasn’t revealed a final figure.

Other possible production-ready upgrades include elements of the European-only i30 N Project C special edition, including a carbon fibre bonnet, OZ Racing forged alloy wheels and an Alcantara-wrapped steering wheel.

Hyundai Australia has long hinted at its desire to add a more potent version of the i30 N to its arsenal. The local product development team originally created its own ride and handling package for the hot hatch but was then invited to be part of the global tuning program for the i30 Fastback N, as well as the updated hatchback.

The World Time Attack entry also features a bespoke exhaust system and braking package, but it’s believed neither of these are likely for future road cars.

For the aerodynamic package Hyundai enlisted the help for former Formula One designer, Dr Sammy Diasinos. He used Computational Fluid Dynamics to create a large front splitter and huge rear wing that adds 250kg of front downforce and 450kg at the rear.

Hyundai Australia has also confirmed it has secured the RM16 Concept for display at the World Time Attack event, which will be held at Sydney Motorsport Park October 18-19. It will be the first time the mid-engine prototype, that is part of the N Performance plan to develop a halo model, has made it to Australia.