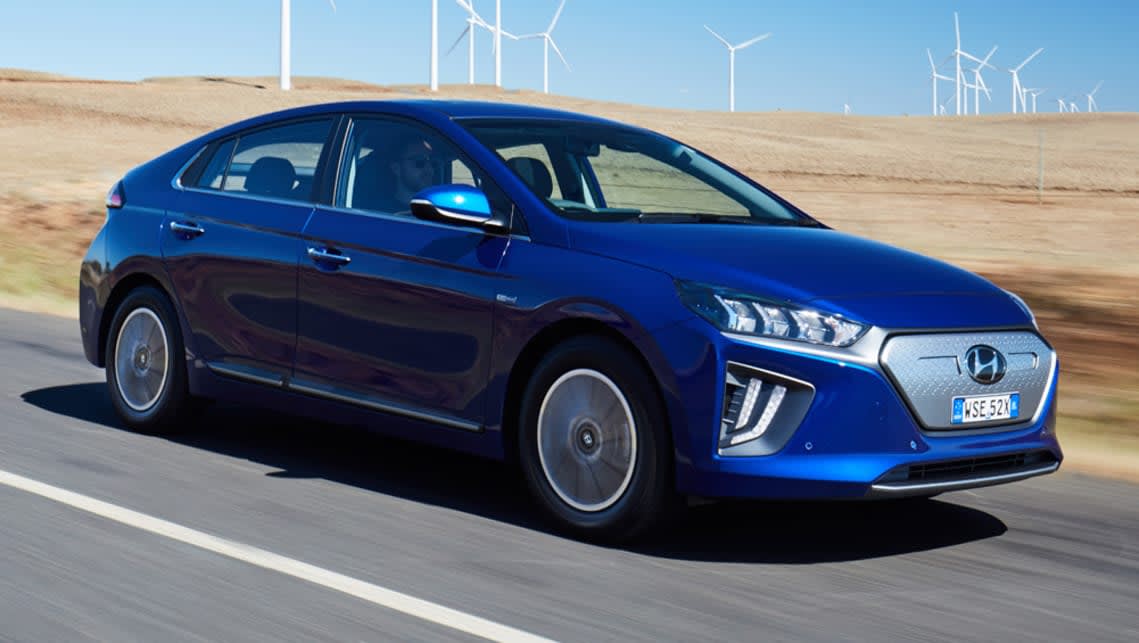 Hyundai will introduce up to 44 new eco-friendly vehicle choices by 2025 as it concedes Toyota has had a “free run” at Australia’s booming hybrid market.

Those 44 options (23 of which will be battery electric vehicles) will be launched by Hyundai globally, and so it’s highly unlikely all of them will make it to Australia, but locally the brand says Toyota’s hybrid dominance is “going to change”.

Speaking at the launch of the updated Ioniq – which is available in hybrid, plug-in hybrid and as a full EV – the brand’s senior manager for future mobility and government relations, Scott Nargar, told media he was expecting a rush of new hybrid vehicles to be launched by several manufacturers in the coming years.

“To be frank, it’s very tough to go head-to-head with Toyota in that market, they’ve had a long time in the market here. And when most people say hybrid they think towards a Toyota product,” he says.

“We’re going to work very hard on hybrid, and keep pushing here in Australia. And I think you’ll see many other manufacturers start to bring hybrids.

“Toyota has had a fairly free run now with the Prius, Corolla, Camry, and now the RAV4, which is sold out for months in advance, but that’s going to change as competition builds and people become more aware.

“There are 44 eco drivetrains (coming) globally from the Hyundai Motor Group. There’s a lot of choice for us in the future, it’s really understanding the market and the transition of the market to the acceptance of these vehicles.”

The brand wouldn’t be drawn on which models in its lineup would get hybrid powertrains, but did say “there’s an opportunity” with plug-in hybrids and the battery-only range they provide.

As reported on CarsGuide this week, the  huge demand for the latest-generation Toyota RAV4 Hybrid models has not only seen wait times blow out to six months on some trim levels, but also forced Toyota to offer a subsidised car rental program to tide customers over while they await delivery.