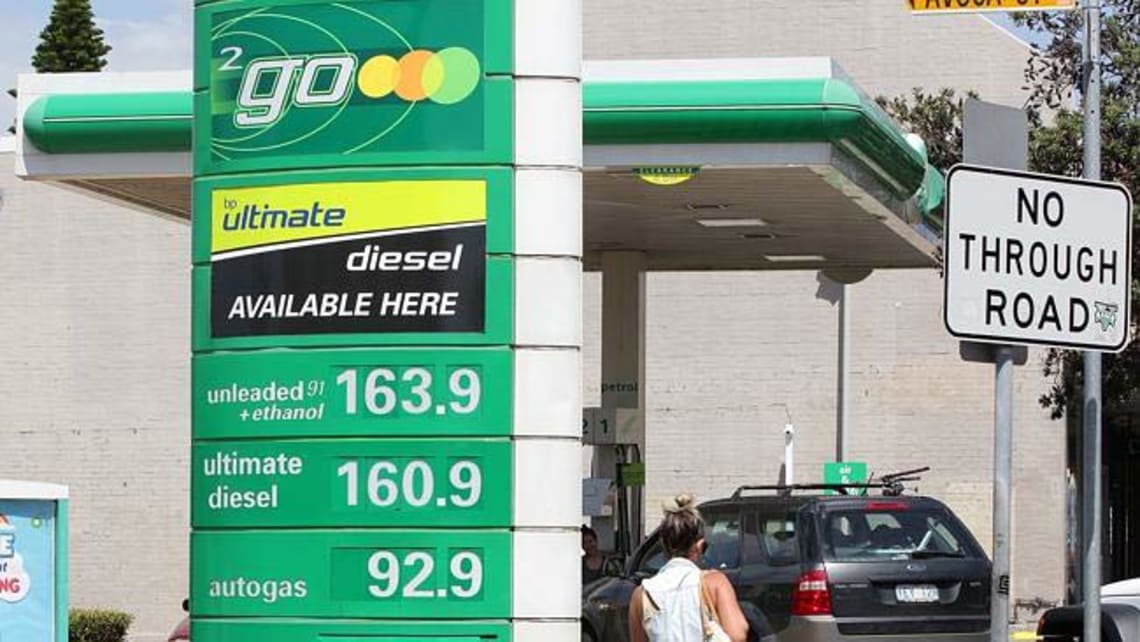 If only unleaded fuel was as easy to stockpile as toilet paper.

Of course, with so many of us now having so much time at home, it might be tempting to install some giant storage tanks in the backyard so that you can take full advantage of the stunning recent drop in petrol prices, down to below $1 a litre in some areas.

The last time it was that affordable in Australia, you didn’t even have an iPhone to check if you were going to find it even cheaper around the next corner.

So why has the price of fuel fallen so far, so fast? Is it going to stay that low, and if so, is now the time to go out and buy the giant Ram 1500 you’ve always wanted, or a classic V8 of some kind with appalling fuel economy?

It may be tempting now to buy a petrol V8 like this Ram 1500, but fuel prices will not remain this low forever.

The answer, of course, as it is to so many questions lately, is Coronavirus. Not only has the fact that we are all driving a lot less often, and over shorter distances (just think how many kilometres weren’t covered and how many millions of litres weren’t bought over the Easter holiday period alone), has caused a glut of supply and a lack of demand.

Yes, fuel is cheaper than it’s been in two decades, but you can’t really take advantage of it by filling up and driving off into the Outback. In short, cheap fuel in the current climate is a bit like offering free haircuts to bald people.

There is slightly more to the price drop than simple supply and demand, namely a month-long and slightly crazy oil price war between Russia and Saudi Arabia. Yet there’s no doubt the supply side has had a huge effect, with the world now using 30 million fewer barrels of crude a day as not only cars, but planes and cruise ships, sit idle.

The fall in global demand for oil in its many forms is estimated to be as high as 30 per cent.

Acknowledging the imminent glut of oil, last month Saudi Arabia started calling on Russia to join it in sharply cutting back production – by as much as 1.5 million barrels a day – but the Russians refused, so the Saudis began slashing oil prices. The benchmark Brent oil futures plunged to as low as $US30 a barrel, a 16-year low.

Finally, this week, after discussions between US president Donald Trump and his Russian counterpart Vladimir Putin, global oil producers agreed to cut production by 10 per cent (a drop four times larger than the one undertaken after the GFC) in a bid to halt tumbling oil prices.

Last week, the average price per litre across the country for unleaded was $1.38.

The survival of oil-dependent nations and millions of jobs are in the balance and Russia risks running out of space to store all the crude oil it is producing.

While this sounds like it might start pushing petrol prices in Australia back up, NRMA spokesman Peter Khoury says that’s unlikely in the short term, because local retailers had not yet even passed on the full benefit of the price drops seen before the historic agreement to cut production.

“This recent announcement – with the relatively small impact on oil prices so far – shouldn’t really affect prices in Australia,” he said.

“In Sydney, Brisbane and Melbourne, the falls haven’t happened anywhere near as fast or as deep as they should, so there is still a long way to go in terms of petrol prices in those markets.

“The wholesale price is below 85 cents for regular unleaded, so that’s a pretty good indication that in the Australian market we still haven’t seen those prices flow on.

“With the exception of Adelaide and Perth, prices are still falling, and they’re falling slowly and should continue to fall.”

Fuel is cheaper than it’s been in two decades.

For those who rely on diesel fuel, the news is good too, but not quite as good, with the price still at a national average of $1.23 a litre, but trending downwards.

What is certain is that fuel prices will rise again, eventually, but in the short term at least, you might be wise to hold off for a while before you next fill up because we may yet see prices long considered unimaginable.

And who knows, one day you may even be allowed to go for a drive again. But maybe hold off on buying the Ram.