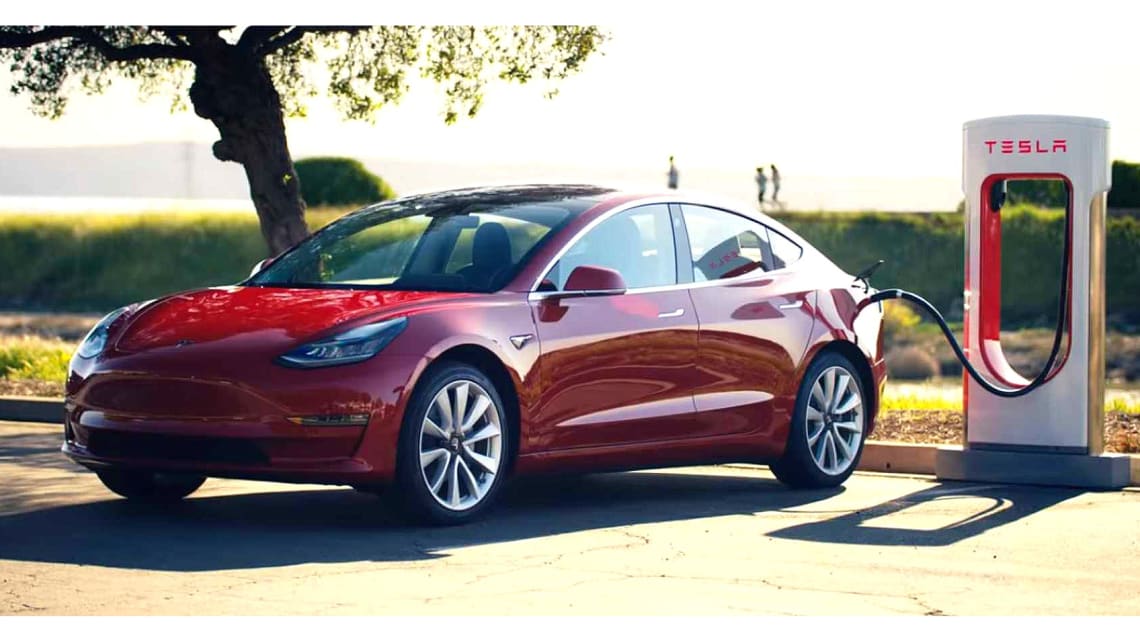 How long does it take to recharge a Tesla in Australia? V3 Superchargers promise to add 120km in five minutes

How long does it take to recharge your Tesla in Australia? It’s soon to be less time than you probably think, with the US giant confirming its V3 Supercharger network will be rolled out here.

Yes, Tesla is seemingly on the cusp of solving one the enduring problems of electric car ownership, today confirming its V3 Superchargers will arrive in Australia, and when they do, will cut average charging times in half.

It’s a bold claim, sure. But the on-paper specs are impressive. The brand says its new charging infrastructure will support peak charging rates of 250kW, and that power delivery won’t be shared with any other vehicles using the charging station, meaning a Model 3 Long Range will collect 120km in range in just five minutes.

That’s genuine petrol station-rivalling speeds – though admittedly for a smaller total range pay-off – with the idea being that, should you be running low on juice, the super-fast recharge time will get you home where you can plug into your mains or a wall box to fully replenish the batteries from the comfort of your own house.

The brand goes on to say that its V3 Supercharger will deliver 1440km of range per hour (not that the batteries currently support that kind of range), and will “ultimately cut the amount of time customers spend charging by an average of 50 per cent, as modelled on our fleet data.”

There are some other tricks at play here, too. Tesla is also rolling out “On-Route Battery Warmup”, which preps your battery for charging while still en route to the charging station.

“Your vehicle will intelligently heat the battery to ensure you arrive at the optimal temperature to charge, reducing average charge times for owners by 25 per cent,” the brand’s press material reads.

Of course, Tesla is not the only company chasing lightning-quick charging times. Australian company Chargefox is responsible for the roll-out of new utlra-rapid 350kW chargers, which it says will deliver up to 400kms of range in 15 minutes. And unlike the Tesla solution, these can be used by any EV owner, regardless of brand, provided the battery technology on board can accept high-speed charging.

Tesla’s V3 charging networks have begun to appear in the USA and Canada, with the brand having originally promised to deliver them to Asia Pacific by Q4 this year. The now looks optimistic, with a 2020 launch now more likely, but an Australian launch has been confirmed. The only question now is when.