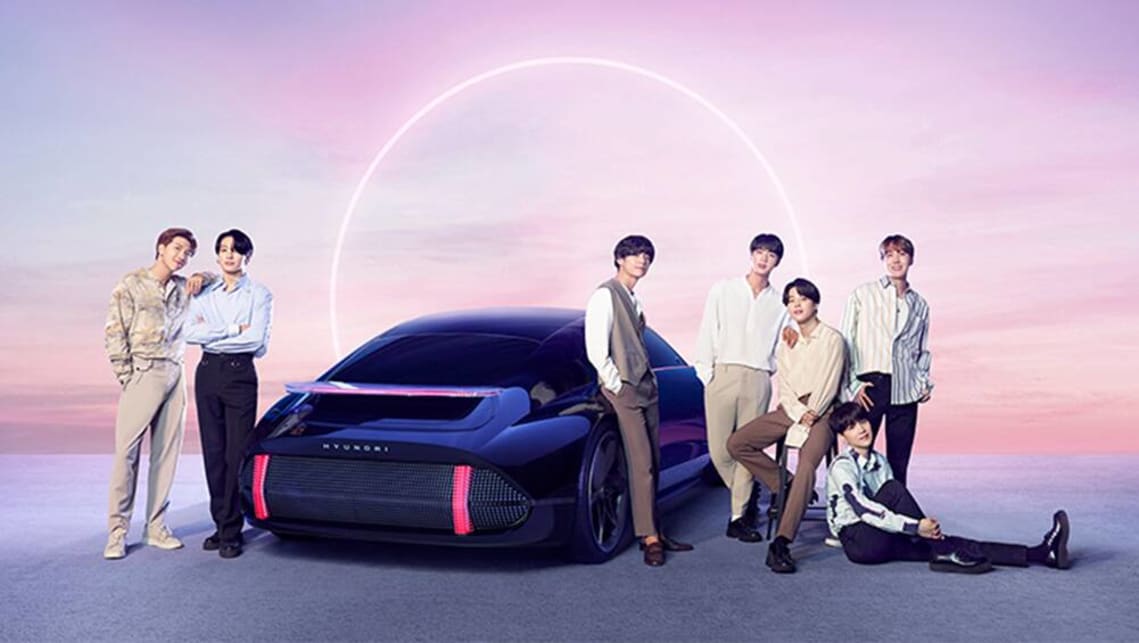 How Hyundai plans to take on Tesla

Hyundai announced this week it has teamed up with K-Pop superstars BTS to release a song called ‘Ioniq: I’m On It’.

Why is that a big deal? Well, to put in context for those that don’t understand K-Pop, it’s the equivalent of Ford hiring The Beatles in the 1960s to write a song about the Cortina.

The reason this is so important is because it underscores the level of effort the South Korean brand is going to ensure its new Ioniq sub-brand is a success.

While the Ioniq name already exists, attached to a trio of hybrid and EV small cars, the launch of the all-new Ioniq 5 in 2021 represents a major shift for the brand.

Put simply, the Ioniq 5 will pit the brand directly against the upcoming Tesla Model Y, which will expand the American brand’s line-up with a second, smaller SUV.

While the current Ioniq and Kona Electric models have helped establish Hyundai as an EV producer, the Ioniq 5 will not only introduce a new way of branding but also new technology that will offer major advancements in terms of performance and range.

And Hyundai Australia isn’t afraid to make bold declarations about its intent.

“We see electrification as one of the core pillars of our brand, along with technology and N,” said Hyundai Australia spokesman Guido Schenken. “We will see world-beating EVs from Ioniq and the technical strength of those cutting-edge vehicles will throw a positive glow across every other model.

“Australia will be working hard to secure all Ioniq models and the technical superiority of the vehicles will be central to our broader plans as a brand.”

The Ioniq 5, as well as other Kia and Genesis models, will be based on Hyundai’s all-new Electric-Global Modular Platform (E-GMP) that’s expected to boast several significant improvements over the brand’s current EVs.

The Ioniq 5 will be the production version of the Hyundai 45 Concept, which will position the car as a small SUV/crossover that will not only go up against Tesla, but also the likes of the Volkswagen ID.4 and the new Skoda Enyaq iV.

For starters the E-GMP is tipped to offer a driving range of more than 480km, which improves on the 449km offered by the Kona Electric and is a big jump from the 230km offered by the Ioniq sedan. It will also be capable of ultra-rapid charging, with the company claiming it could take as little as 20 minutes to replenish the batteries.

The E-GMP is a compact skateboard-style platform, with the batteries packaged on the floor between the axles, which allows for flexible body design. That’s why it’s so adaptable and will underpin most of the brand’s upcoming models, both crossover/SUVs, sedans and possibly sports cars.

Next, Hyundai will launch its own rival to the Tesla Model 3 in 2022 with the Ioniq 6. That will be a production version of the striking Prophecy concept unveiled earlier this year. Then in 2024 it will have a full-size electric SUV – the Ioniq 7.

But to be clear, the addition of the Ioniq range as a sub-brand (similar to its new and expanding N Performance range, as opposed to a Genesis-style stand-alone brand) won’t restrict Hyundai from introducing electric versions of its other models.

This means we could still see an all-electric version of the new Tucson or next-generation Santa Fe, for example, that utilize E-GMP.