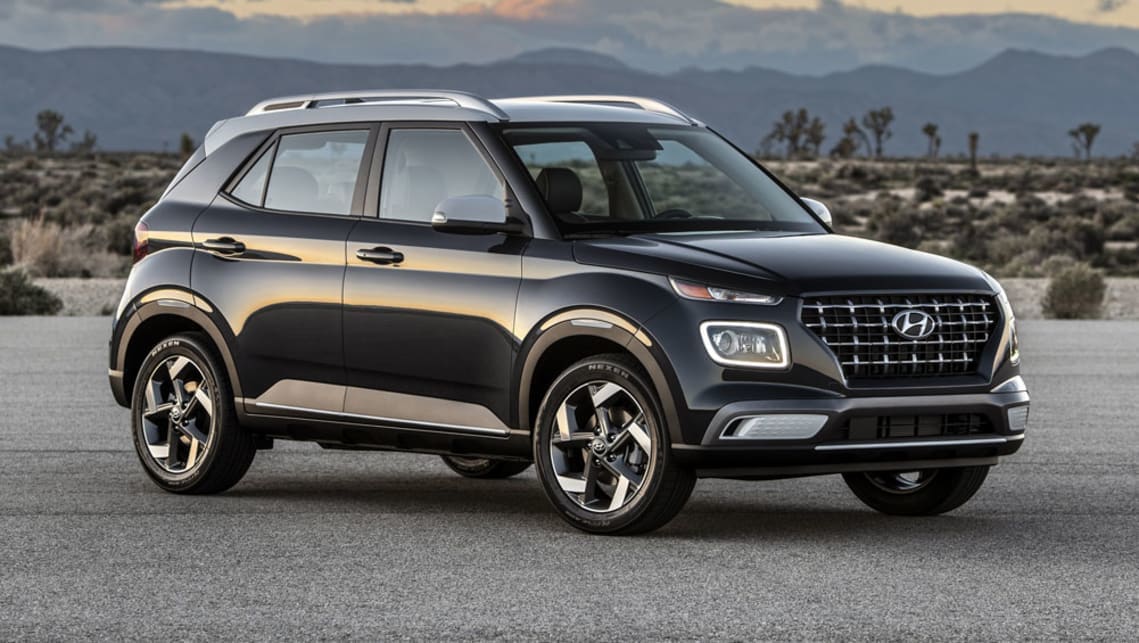 How Hyundai left cheap and cheerful behind

If you’re looking for evidence that Hyundai has left whatever remained of its once cheap and cheerful image in its rear-view mirror, you’ll find it written all over the all-new Venue SUV that launched in Australia last month.

And yes, those prices mean Hyundai is playing in the entry-to-middle of the small SUV segment – the CX-3 starts at $22,170, for example) – but it also has bigger repercussions than that.

The Venue will soon be Hyundai’s cheapest car, with the Accent set to be retired by the end of the year. It means that Hyundai won’t have a price-led small car to lure buyers to its brand.

To understand how big a deal that is, we need to take a quick look at Hyundai’s history, and just how big a role those entry-level vehicles played in establishing the brand in Australia.

Take the Hyundai Excel, which arrived in the 1980s wearing a $9,990 price tag, and that would later birth the term “drive away no more to pay” in Australia.

It attracted buyers like moths to flames – seriously, in the mid-1990s our streets were awash with examples of the Excel – and it cemented Hyundai’s reputation as a company that offered true bang for bucks in that segment.

The Hyundai Getz survived in Australia until 2011.

Next was the Hyundai Getz, which survived in Australia until 2011, and at one point made up more than half of all Hyundai sales here. Again, a hugely important product for the brand, and one that proved massively popular.

That car was followed by the tiny i20, itself discontinued in 2015 thanks to higher manufacturing costs which would have made it too expensive for Australian buyers. But Hyundai knew it still needed a cheap, entry-level vehicle, and so the Accent was essentially shifted down the pricing pecking order, becoming that brand’s cheapest car, starting from around $15k.

And again, the formula worked. Even this year, with sales slowing, the Accent has shifted more than 9,000 units, making it Hyundai’s fourth best-selling vehicle (behind the i30, the Tucson and the Kona). Last year it performed even better, finishing third on the brand best-seller list with 15,675 sales.

But by the end of 2019 the Accent will be no longer available in Australia, and while the i20, and even a smaller i10, are available overseas, Hyundai here has no intention of launching them locally, with European production costs too high to make them competitive.

The Venue will soon be Hyundai’s cheapest car, with the Accent set to be retired by the end of the year.

Which brings us neatly back to the Venue, which will form the new entry point to the Hyundai family. And with a starting price of $20k for this smallest of SUVs, it’s an entry point that is around $5k higher than it has been for years.

And that got us wondering; does this signal the true end of whatever remains (and it’s surely not much) of Hyundai’s cheap and cheerful reputation?

Now to be fair, that’s not intended to be taken as a negative against the brand’s line-up, with its SUVs especially either best in class or close to it in most every segment they compete in, and the i30 N a work of hot-hatch art.

It’s more that, with a true entry-level car soon to be missing from the line-up, the brand will be without a volume player in the city-car segment. And that’s a position they’ve never chosen to be in before.

So is that sign that the brand wants to leave the cheaper volume plays to other manufacturers?

Not exactly, says Hyundai. In fact, the brand says it would absolutely take the i20 – and even the i10 – if it could get the pricing right, with the Accent to be scrapped not for image reasons, but because it simply became too hard to make any sort of meaningful profit on the sales of those vehicles.

The brand says it would absolutely take the i20 – and even the i10.

“Our customers don’t see it that way, They see Hyundai as a forward-looking, technical, reliable and well-designed brand. If it’s a transformation then it’s a very slow one.

“I don’t think Venue represents (a transformation), other than the fact that it’s a product aimed at where the customers are and where they’re going.”

The idea of evolution over revolution is a view shared by Hyundai’s COO, John Kett, who says any transformation taking place is simply down to the fast-acting nature of the company.

“For the 30 years that we’ve been in the market years and 52 years we’ve been alive, we’re evolving quicker so it looks like a transformation,” he says.

“Me talking about it like a great transformation as if there’s some strategy there I think that’s too arrogant – we can’t be that and that will never be our brand to speak in that way.”

The Venue might well be the right car at the right time for Hyundai, but the brand concedes it’s unikely to make up for the Accent’s volume when the latter vanishes from dealers. And unless it can get its hands on the i20 or i10, and at the right price, the brand is destined to be more cheerful and less cheap for the foreseeable future.