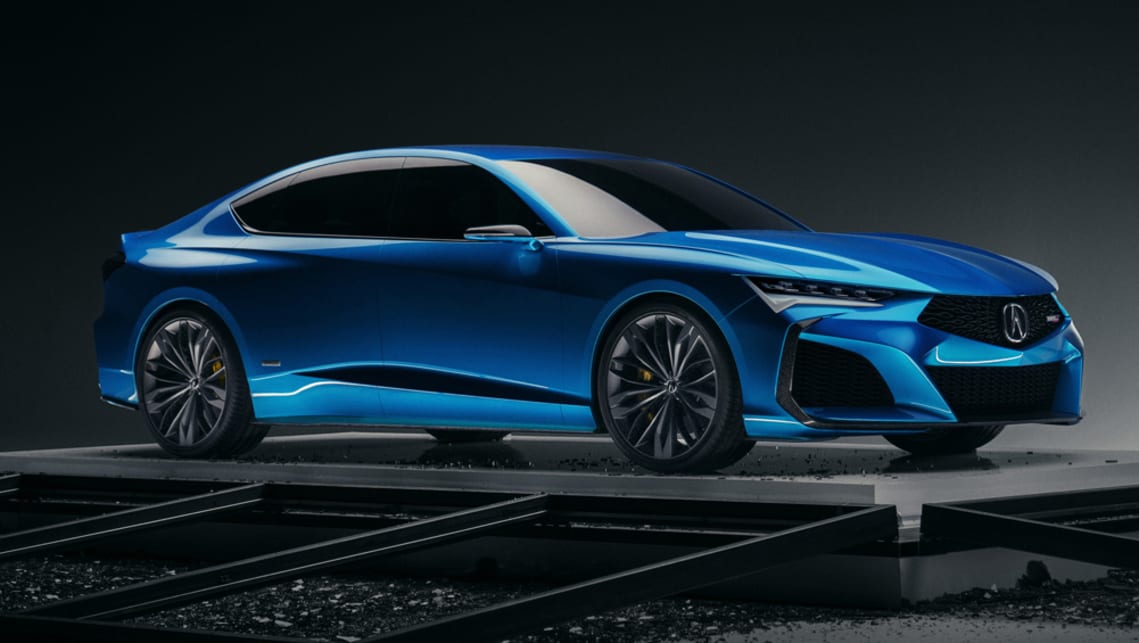 Honda will inject a bit more sizzle to its product portfolio with the return of its performance-orientated Type S badge.

However, Aussie fans hoping for an alternative to the Civic Type R hot hatch will be disappointed to learn the new Type S is only confirmed for the US-market, next-generation Acura TLX mid-size sedan.

Previewed in concept form ahead of its public debut at this weekend’s Concours d’Elegance event at Pebble Beach, the show car sports a low-slung and aggressive stance thanks to heavy design inspiration from the NSX hybrid supercar.

LED lighting is also featured in the sleek, chicane-inspired tail-lights, while the rear is finished off with a functional rear diffuser, quad exhaust tips and forged carbon bootlip spoiler.

The lightweight material is also used for the side skirts and wheelarch-filling 21-inch wheels, while handle-less doors and tiny side mirrors keep the Type S Concept looking clean in profile.

Acura did not detail the powertrain of the Type S Concept, but being a show car, it likely is just a rolling shell to display the brand’s new-generation styling direction.

However, the American brand has confirmed a 3.5-litre V6 will carryover into the TLX’s new form, which produces 216kW under the bonnet of the current car.

A possible powerplant candidate for the new Type S is the 228kW 2.0-litre turbo-petrol engine found in the current Civic Type R.

Only one Type S model has graced Australian showrooms in the past with the flagship variant of the Integra coupe from 2004-2006.

Acura vice-president and brand officer Jon Ikeda said the return of the Type S will life the brands image.

“The return of the Type S is instrumental in our mission to return Acura to its performance roots,” he said.

“From bringing back the NSX to winning at the highest level of North American sports car racing and ushering in a new generation starting with the RDX, we are revitalising Acura on the foundation of our original and authentic brand values, piece by piece.”