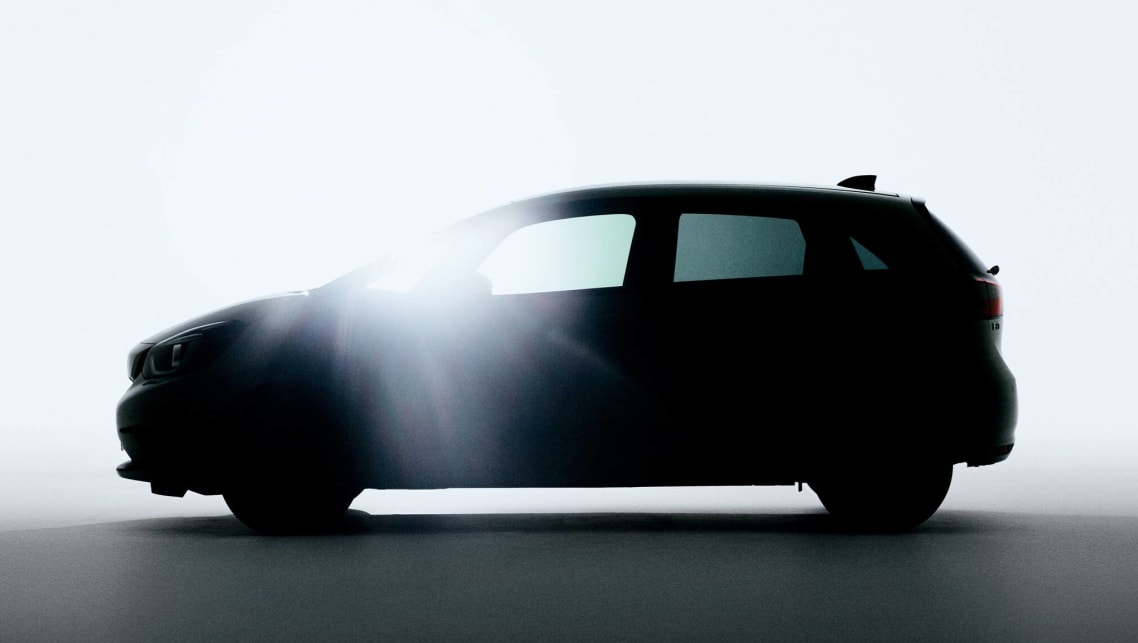 Honda Jazz 2020 teased: Could this popular city-hatch go hybrid only?

Honda has snuck in a teaser image of its next-generation Jazz city car set to be unveiled at the Tokyo Motor Show in the coming days.

The Jazz looks to maintain a similar silhouette as the outgoing model but has become significantly more rounded at the edges.

Honda says the new Jazz has been designed “with the passenger at its heart” and “will raise the bar in terms of comfort and driver enjoyment”.

Importantly, the new Jazz will be available exclusively with a hybrid drivetrain – at least in Europe.

Hybrid technologies for small cars will be a paradigm shift for the segment, which is typified in Australia by outdated and generally thirsty engines.

Honda’s incoming hybrid technology, which it says “provides an exceptional blend of strong and effortless driving performance and impressive fuel economy”, could lead to a significant price-hike for the Jazz, which right now starts from $14,990 before on-road costs in five-speed manual, 1.5-litre four-cylinder form.

Given the slow uptake of hybrid technology by Australian consumers, and the hotly contested price-factor in the small-car segment, it would be unsurprising if Honda Australia opted to prioritise non-hybrid versions of of the Jazz if they are made available. A similar situation is seen with the brand resisting the available-overseas CR-V hybrid.

A big win for Australians though, will be the Jazz’ updated safety suite. Current information suggests the Jazz will be the first Honda to offer the full ‘Honda Sensing’ active safety suite across the range. This will be a huge update given the current Jazz predates the integrated active safety technology available elsewhere in Honda’s range.

Expect to see the Jazz fully revealed at the Tokyo motor show, and the brand promises an update on its electrification plans to be announced later in the year. The new-generation hatch will next year do battle with Toyota’s all-new Yaris in the tightly contested segment.