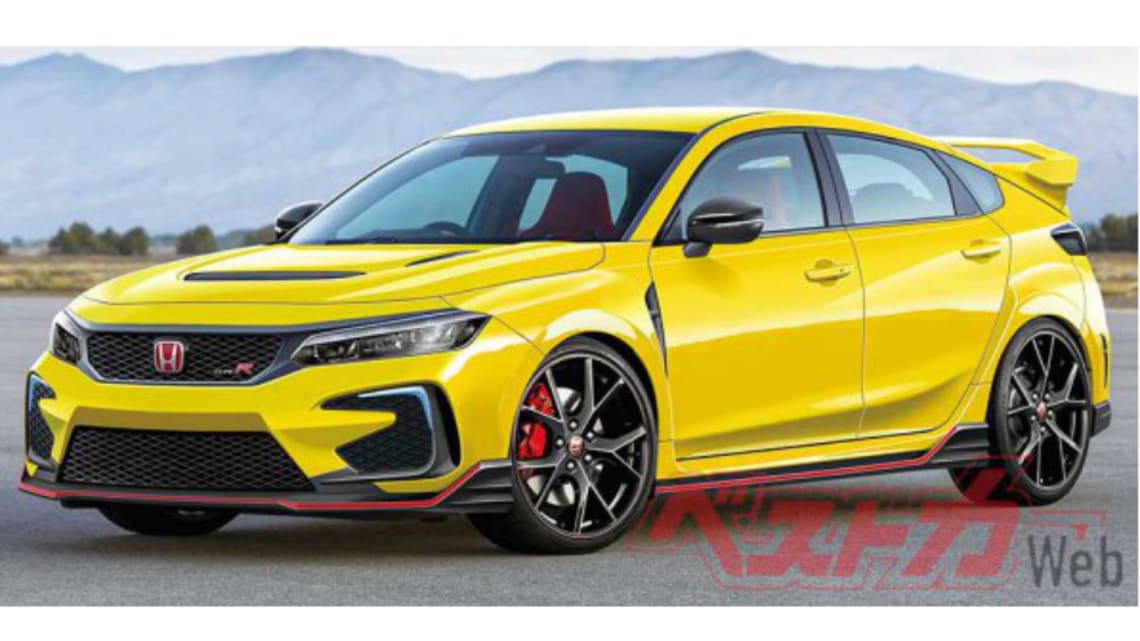 Japan’s power wars are heating up, with reports from Japan suggesting the next Honda Civic Type R will make use of electric motors to unlock 300kW and AWD.

We’re at the dawn of a new era of affordable performance in Japan, with vehicles like the Subaru WRX STI, Nissan 400Z and Toyota GR Supra set to redefine the idea of cut-price punch.

And it seems Honda’s entrant into this go-fast fray won’t be lacking in the performance department, with reports from Japan suggesting the next-gen Civic Type R will use a hybrid powertrain to both up the grunt and unlock AWD.

According to local media, the next Civic Type R will use a turbocharged 2.0-litre engine to power the front wheels, along with two electric motors housed at the rear axle. Total system output is expected to reach 400ps, or 294kW.

The news ties neatly with Honda’s promise to electrify all models, in Europe at least, by 2025. And given the new Type R isn’t expected until 2022 or 2023, a hybrid powertrain seems a given.

That would make it a powerful proposition. Consider that the Hyundai i30 N produces 202kW and 353Nm, while the current Golf R is good for 213kW and 380Nm. The GR Corolla, on the other hand, will share its engine with the GR Yaris, which should mean outputs of 192kW and 360Nm.

The current Type R has just been updated for 2020/2021, but while there have been suspension and braking changes, there is no extra power, with the hardcore Honda to producing 228kW and 400Nm from its 2.0-litre turbo-petrol VTEC four-cylinder engine.