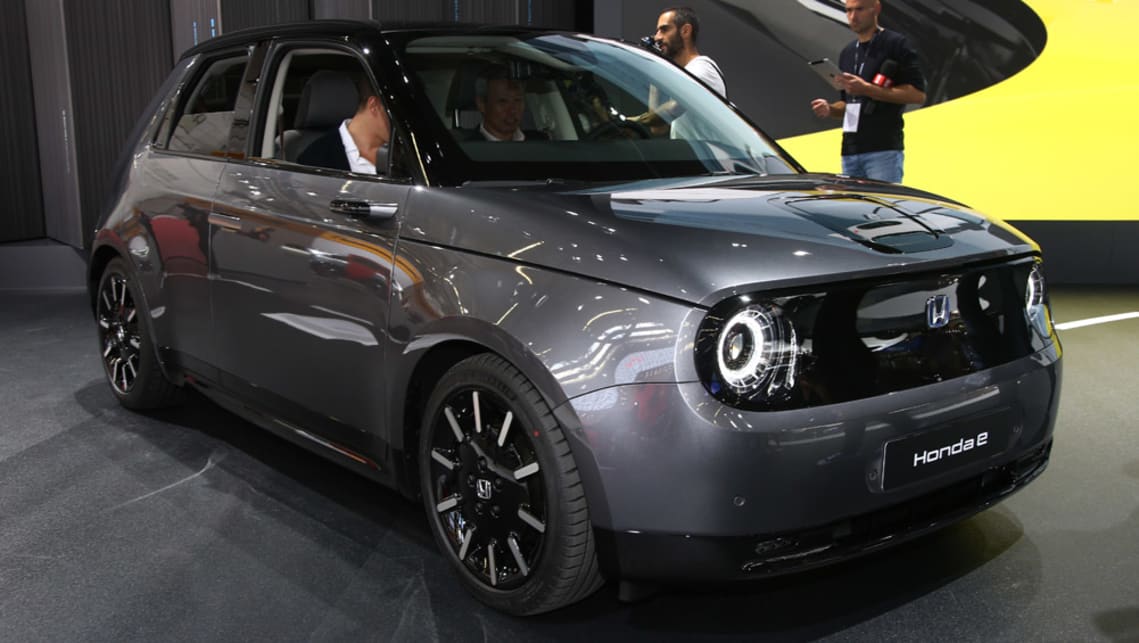 Honda will not build a performance-orientated Type R version of the e battery-electric vehicle (BEV) as such a car would not fit with emissions-free model’s ethos, according to reports from the Frankfurt motor show.

Speaking to Autocar, Honda e project leader Kohei Hitomi said a hardcore version of the brand’s first all-electric model would not be the right redirection to take the pint-sized city electric vehicle (EV).

“A performance version, like Type R, as we have on different models, I see this is not the way to go with the e,” he said.

“For some segments, it might be the right choice and Type R is a way to express Honda’s capability as a sport brand. But for Honda e, we want to provide a new dimension of values for our customers.”

The Honda e was fully unveiled in production guise at the Frankfurt motor show this week, and features two electric drivetrains outputting either 100kW/315Nm or 113kW/315Nm the rear axle.

Both versions however, will sport around 220km of driving range thanks to a 35.5kWh battery, while fast-charging will enable a zero-to-80 per cent top up in around 30 minutes.

Though the Honda e is produced in right-hand-drive form for markets such as Japan and the United Kingdom, a confirmation for the Australian market is still forthcoming.

In a statement this week, Honda Australia boss Stephen Collins said the business case to bring the Honda e to local showrooms is still ongoing.

“While we have no concrete plans yet, we are looking into what is possible for Honda in Australia in this space, as the future technology available in the global Honda network is really exciting,” he said.

“Electrification is a key part of our global plan and at Honda Australia, we have targeted 25 per cent of our range being electrified (either hybrid or BEV) by 2025.

“When the right product is available and the business case stacks up, we will be very excited to launch into the new era of electrification.”

In the past, Mr Collins has cited the lack of government incentives and low volume potential as barriers to overcome before introducing more electrified models locally.

At present, Honda Australia’s only electrified model is the $420,000 before on-road costs NSX supercar, while the new-generation Jazz hatchback (expected to be shown at next month’s Tokyo motor show) will also come with a hybrid powertrain.

If the Honda e makes it to Australian shores, it would compete against the Renault Zoe, which retails for $47,490, as well as the just-confirmed Mini Cooper SE Hatch in the all-electric light hatchback segment.

In Germany, the Honda e will start at €29,740 inclusive of government subsidies, which converts to roughly $A49,926.