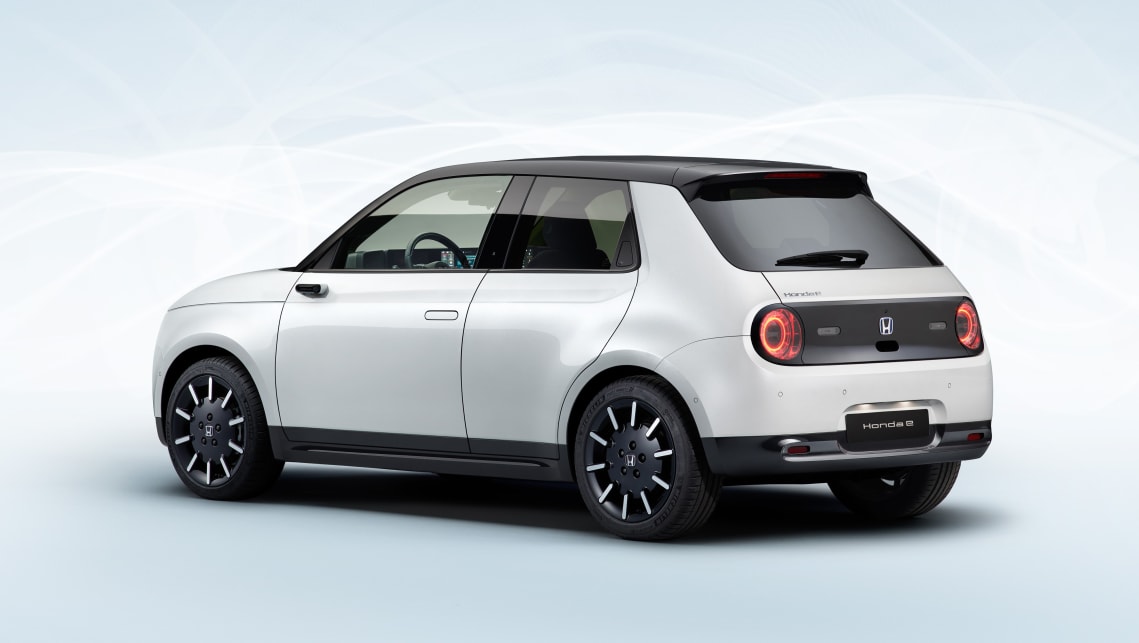 Honda has confirmed that its e hatch will make production, with a design largely unaltered from this year’s concept car.

Aside from a few bits of altered panel work, the Honda e will keep its bold retro styling – including the Side Camera Mirror system that replaces conventional wing mirrors.

Inside, the e will keep its massive dual 12.3-inch digital screen dash-topper.

The e represents the first step in Honda’s plan to electrify its entire European line-up by 2025, and thus will be available with two electric drivetrains. There will be one capable of 100kW/315Nm and a higher-performance version with 113kW/315Nm.

Either version will be capable of around 220km of range (based on Honda internal testing and not WLTP or NEDC yet) from a 35.5kWh battery. The Honda e is on an all-new electric platform that is said to also underpin an upcoming small sports car.

The production version of the e looks near-identical to a version recently driven by journalists in the UK.

Honda says the more powerful option will have the rear-drive hatch accelerating 0-100km/h in eight seconds.

Through the use of “fast charging” the e can be charged to 80 per cent range in 30 minutes, according to Honda. The brand did not confirm what kW charging output was measured, nor which connectivity standards it would use. It’s safe to assume the e will accept the European-standard Type 2 Mennekes port given it’s confirmed for that market, but its Japanese origin could also point to a higher-output CHAdeMO outlet much like the Nissan Leaf.

The e will be available with a “smart artificial intelligence” voice recognition suite which is said to be capable of developing a “greater understanding of an individual’s voice over time” to further optimise its responses.

Much like Hyundai and Tesla products, the Honda e will be available with a companion “My Honda+” smartphone application which can provide information on the car’s charging status, remotely activate the climate controls, and also be used as the vehicle’s key.

The e will maintain its screen-laden dash topper, with wooden trim items for added variety.

CarsGuide has reached out to Honda’s local division for word on its chances for an Australian launch, but last word in July was that the brand was “looking into a business case for Australia”. Our estimate is that chances are good given that it will be produced in right-hand drive for both the Japanese and UK markets.

The covers will be thrown off the production version of the Honda e at the Frankfurt Motor show so stay tuned for more.