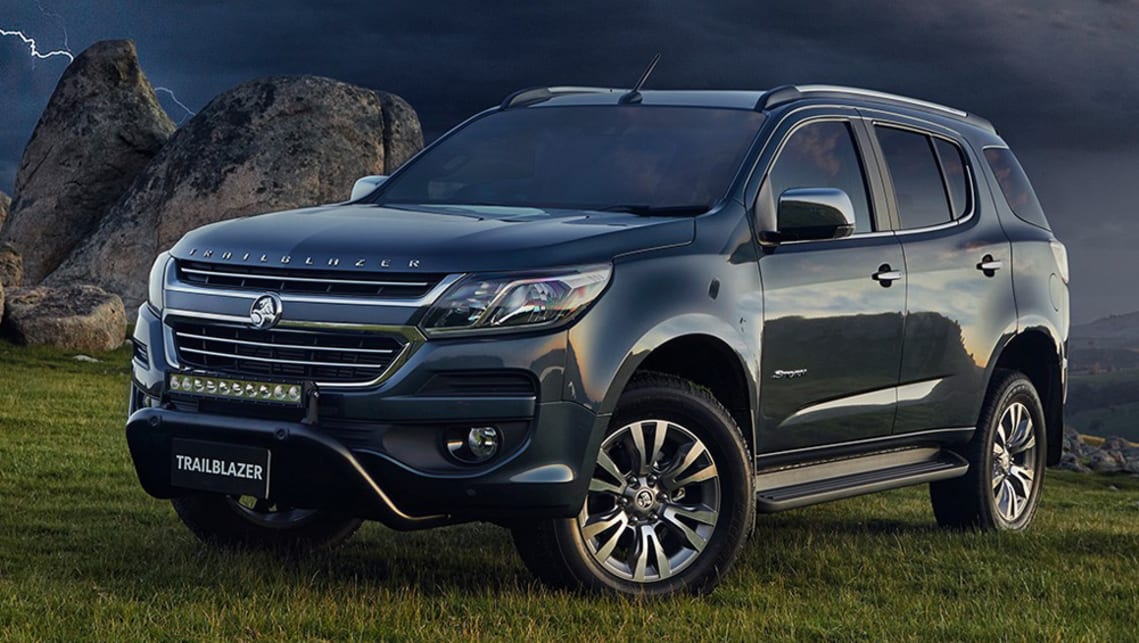 Holden has served up an accessorised limited-edition Trailblazer SUV dubbed Storm, which is available to purchase until the end of the year for $54,990 driveaway.

Based on the LTZ grade, which starts at $52,490 before on-road costs, the Storm adds a number of exterior enchantments to justify its price increase.

From the outside, model-specific badging is plastered along the edge of the bonnet, while a blacked-out nudge bar and LED night bar is also included.

Along the side, a ‘Storm’ badge is fitted to the front doors, while a roof-mounted rear spoiler and sportier rear fascia also features.

For comparison, the Colorado-based Trailblazer line-up kicks off at $47,990 for the LT and tops out at $53,490 for the Z71, with the aforementioned LTZ slotting in between the two.

Power in the Storm still comes courtesy of a 2.8-litre turbo-diesel engine, which outputs 147kW of power and 500Nm of torque through a six-speed automatic transmission.

Like the rest of the Trailblazer range, the Storm features an on-the-fly switchable four-wheel-drive system, helical limited slip differential and trailer sway control.