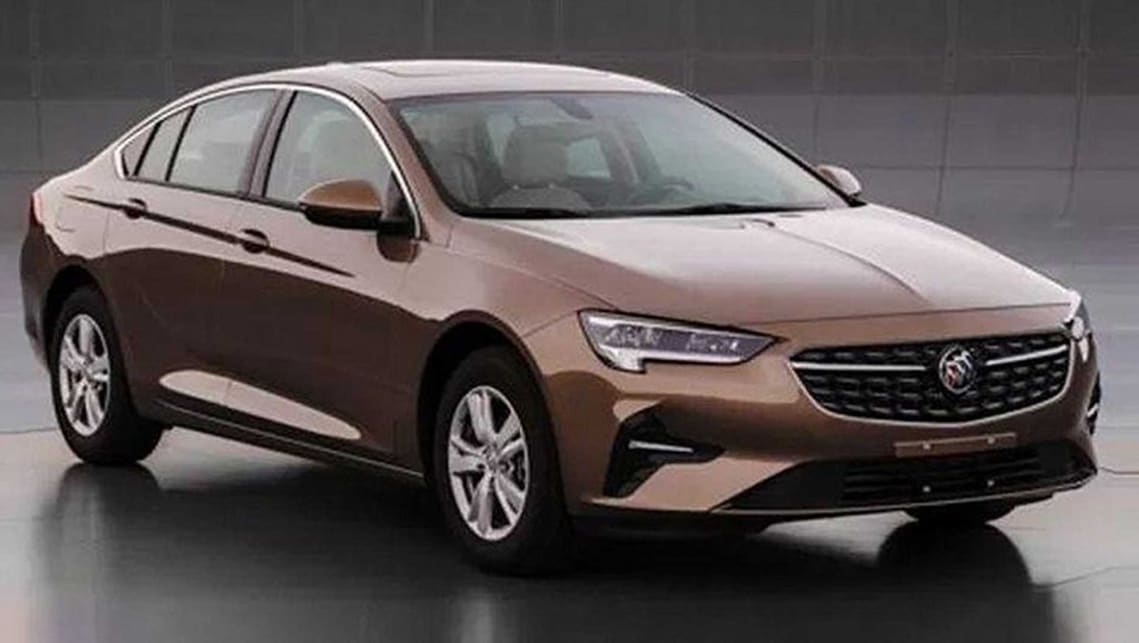 Leaked images of the Chinese-market Buick Regal could preview the next iteration of the related Opel Insignia, and in turn, Australia’s Holden Commodore.

The Buick Regal is closely aligned with the ZB Commodore, so these leaked images should give a reliable indication of what to expect from the next Holden sedan, however, the brand has yet to confirm any connection.

Two images have surfaced of the new Regal, which show a number of design updates compared to the model which is currently on sale in China and the United States.

New tailpipe finishers and a reshaped bumper are shown in a leaked image of the 2020 Buick Regal.

The changes are subtle, but can be identified by a revised grille, a new LED headlight signature and sportier front lip.

At the rear, changes include a redesigned bumper and tail-lights, as well as new chrome exhaust tips.

The current Holden Commodore range is priced from $33,690 plus on-road costs for the base LT, while the VXR performance sedan tops the range at $55,990.

Both petrol and diesel powertrains are offered, as well as a wagon body style and an all-wheel-drive driveline for some variants.