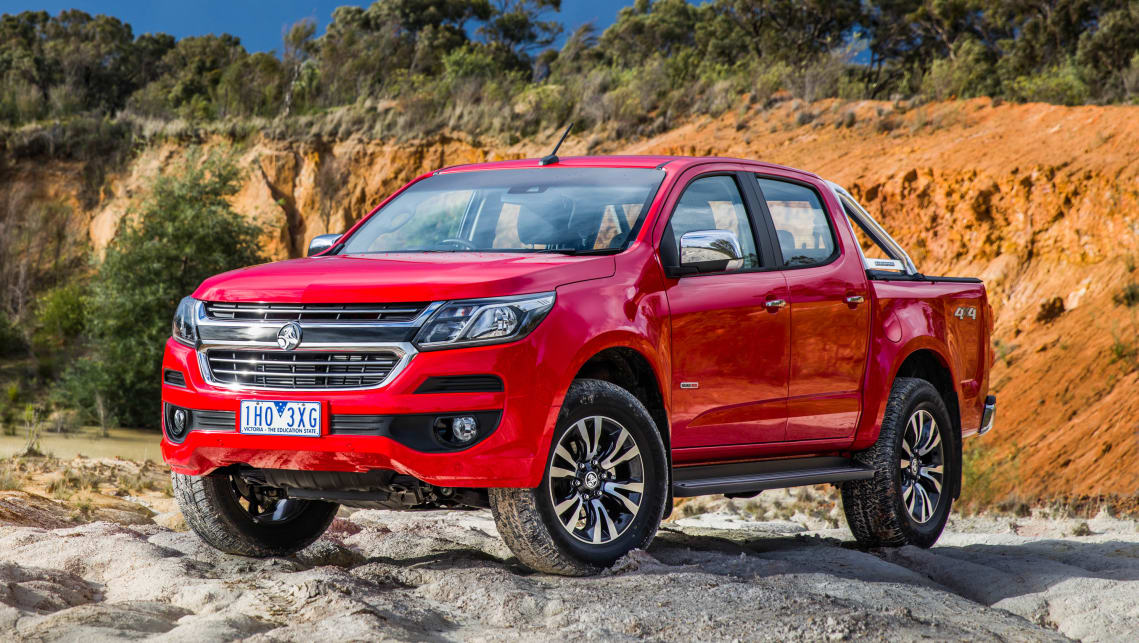 Holden Colorado 2021: What we know so far about the facelifted ute

Holden’s Colorado is one of the brand’s few remaining hero products, and we expect Holden will double down on the ute’s success with a new version next year.

We don’t expect it to be a long-awaited full replacement, however, as Holden is understood to be planning one last facelift for the current-generation ute.

So, what’s in store? Not much is clear yet, but here’s what we know.

It will get a new face

Judging by spy pictures of the Colorado update circulating the web, the only body part that GM testers have bothered covering up is the front grille.

The last update to the Colorado’s looks took place in 2017, and it’s no secret that the ute has started showing its age in a congested market of incoming new-generation rivals.

A new grille may be needed to house a radar for potential safety updates (see our next point), although it doesn’t appear to be aiming for the overtly aggressive look of its US-market siblings, like the Silverado and Colorado ZR2.

Holden doesn’t appear to be aiming for the overtly aggressive look of its US-market siblings, like the Silverado and Colorado ZR2.

The update should involve an increase in active safety gear

On the topic of active safety, CarsGuide understands at long last, the Colorado will receive auto emergency braking (AEB) and perhaps other, at the very least camera-based, active safety items.

This should bring the Colorado up to date with the three primary competitors it currently trails like the Triton, Ranger, and HiLux, all of which received active safety updates recently.

There will be no major mechanical changes…

The Australian version of the Colorado (as opposed to the American market truck of the same name) is also offered in Thailand, where it carries a different set of specifications and trim levels.

Importantly, there is a smaller engine available over there, a 2.5-litre turbocharged engine producing 120kW/380Nm, however Holden has ruled out that engine in our market.

The update is instead expected to soldier on with the 2.8-litre ‘Duramax’ turbo-diesel unit used in the current ute, with power outputs unlikely to change from the current competitive 147kW/440Nm.

… and no hotted-up Raptor rival

The brand said near the launch of the Colorado Z71 Xtreme that it “already hoses the Raptor” and there were no plans for an even more hardcore off-road variant developed on the current ute.

Holden has ruled out the more hardcore New Zealand-specific Colorado Rox concept for an Australian launch.

While Holden didn’t comment on rumours surrounding an Aussie-developed lift kit for the Z71 at the time, it also ruled out the more hardcore New Zealand-specific Colorado Rox concept for an Australian launch.

“We’d love to have one, but at this point it’s purely New Zealand’s play” Holden’s GM of LCV marketing, Andre Scott, said in June of this year.

This could change with the incoming final facelift, but we wouldn’t hold our breath.

With the Holden-Isuzu venture coming to an end, it is understood the incoming facelift will be the last on this chassis before the Colorado will be forced to merge onto a global platform with its US-market Chevrolet Colorado cousin.

The incoming facelift will be the last on this chassis before the Colorado will be forced to merge onto a global platform with its US-market Chevrolet Colorado cousin.

That global platform is understood to be over the horizon – perhaps as far out as 2023, although the right-hand-drive proposition is propped up by the Colorado’s volume popularity in South-East Asia.

Globally, many mid-size pick-up have moved onto just a few distinct underpinnings, with VW’s Amarok set to merge with Ford’s Ranger, a single chassis to underpin the next-generation Triton, Navara, X-Class (if it is not axed…) and Renault Alaskan, while the Mazda BT-50 will share its underpinnings with the next-gen Isuzu D-Max.

In an interesting development for Holden’s GM parent globally, its electric ute architecture is expected to break cover in 2021.