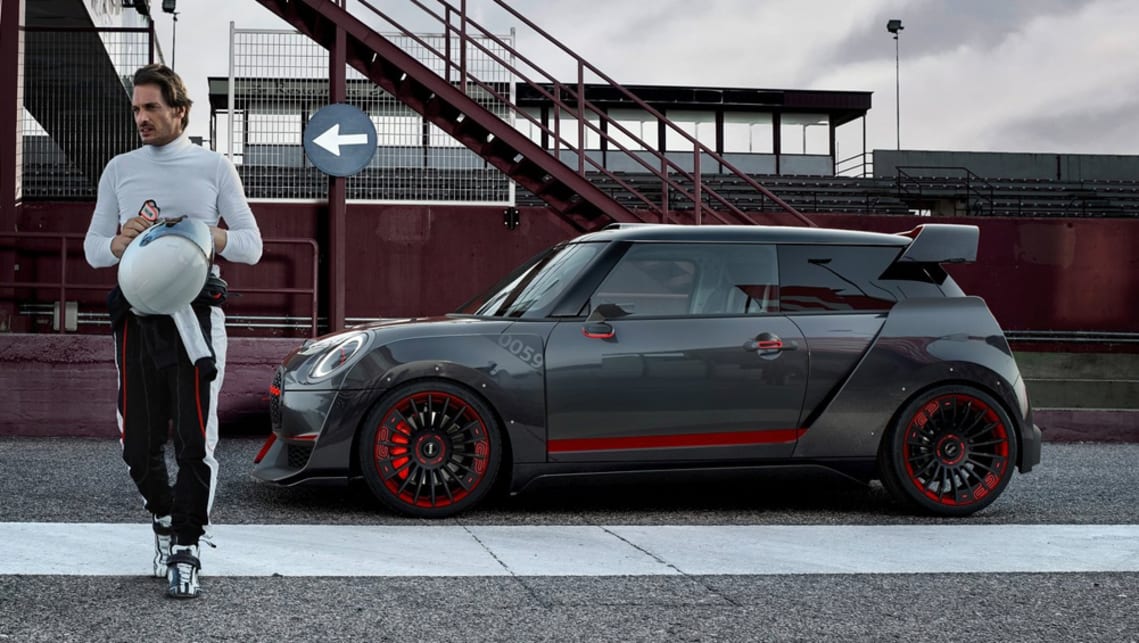 Mini’s next John Cooper Works (JCW) GP could be the brand’s last electric-free performance halo as it looks ahead to emissions-free motoring with the likes of the three-door Hatch Cooper SE due next year.

Speaking to CarsGuide at last week’s Motorclassica, Mini Australia general manager Brett Waudby said high-performance JCW variants are still crucial to the brand, which will likely combine with its electric powertrains in the near future.

“We (Australia) would be one of the highest JCW shares in the world, approximately 15 per cent of our volume is JCW share and, really, above that is Middle East and probably Russia,” he said.

“For us, it’s a huge part of our business … and even for us moving forward, we’ll have our electric, and you can pretty much guarantee there’s going to be some form of JCW conceptual electric car at some stage.”

Next year will see Mini Australia launch its first full-electric vehicle in the form of the Hatch Cooper SE, which will feature a 135kW/270Nm electric motor and 32.6kWh battery good for 235-270km of emissions-free driving range.

Though pricing and positioning is still unclear, the Cooper SE electric vehicle (EV) could come in higher than the current hatch JCW flagship, which retails at $50,400 before on-road costs.

Mini Australia also offers up a plug-in hybrid version of its Countryman small SUV for $57,200, $8700 downstream of the JCW variant.

At the other end of the spectrum, the JCW GP is also expected to be fully unveiled next year, with a yet-to-be-determined limited number coming to Australia out of the global production run of 3000 units.

“From what we are hearing, we are oversubscribed, there is so much interest in that car like we’ve never had before, there are people going into dealerships trying to put down deposits right now,” Mr Waudby said.

“We don’t even know how many we’ve got, but it is very, very limited.

“We’re at the factory now going ‘we’ve got so much inquiry on this, can we get more?’ and they’re going ‘you’ve got it, everybody else has that inquiry as well’.

“They will keep it tight on the numbers, if we can get more, I’ll take them, I think the chances are very unlikely though.”

No concrete details of the new third-generation JCW GP have been revealed, though a concept emerged at the 2017 Frankfurt motor show to preview the new halo variant.

The new JCW GP will sport at least 220kW of power, and could gain the recently-updated Clubman and Countryman JCW’s 225kW/450Nm engine, which is the same outputs as the just-launched BMW M135i xDrive hatchback.

Expect to see extensive weight-saving measures in the JCW GP as well, likely including the deletion of the rear seat and lighter wheels, while suspension, tyres and body bracing should also be upgraded with more track-honed components.

In previous-generation form, only 30 examples of the JCW GP were brought to Australia out of a production run of 2000, so expect a similar quantity for the new version to be revealed next year.