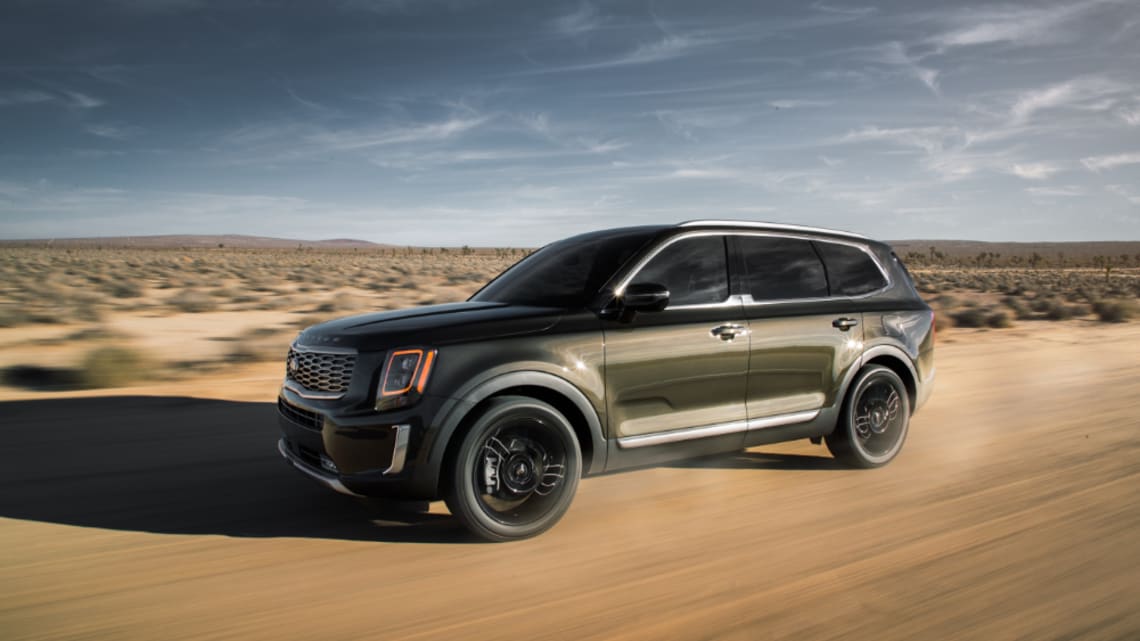 It might have just been named the best car in the world, but the accolade won’t get the Kia Telluride any closer to Australia, with the Korean brand’s large SUV still comprehensively ruled out for a local launch.

The news comes hot on the heels of Kia’s win at the 2020 World Car of the Year, with the Telluride voted the winner by 86 jurors from 24 countries after they assessed more than 50 new models.

It was the first time a Korean brand ever took top honours at the World Car of The Year, which makes it even more disappointing that the brand’s jumbo eight-seater won’t be getting a start in Australia.

“The Kia Telluride is offered in left-hand drive only,” Kia Australia’s Kevin Hepworth told CarsGuide. “And there is currently no plan for that to change.”

But while the big Kia is off the table, the equally massive Hyundai Palisade is still expected to launch in Australia soon.

Hyundai Australia has previously told CarsGuide confirmed the Palisade will likely debut here in 2020, with former CEO JW Lee telling CarsGuide it was “80 per cent confirmed”.

“It’s difficult to say this is confirmation, but it is 80 per cent confirmed,” he said.

“It’s a really good car. We have requested it so many times. It took nearly two years to get a right-hand-drive Palisade for the Australian market. I believe the Palisade will bring a new face to our Hyundai brand.”

While pricing and specification is far off being finalised, we do know that, in the USA, the seven- or eight-seat SUV arrives flush with features, including a 10.0-inch screen, another 12.3-inch screen that replaces the dials in the driver’s binnacle, heated and ventilated seats in the front and second row of seats, 16 cupholders and seven USB charge points.

Internationally, the Palisade arrives with a  3.8-litre V6 (218kW and 355Nm), but it is understood Hyundai in Australia would look to add the Santa Fe’s 2.2 litre diesel to the lineup.