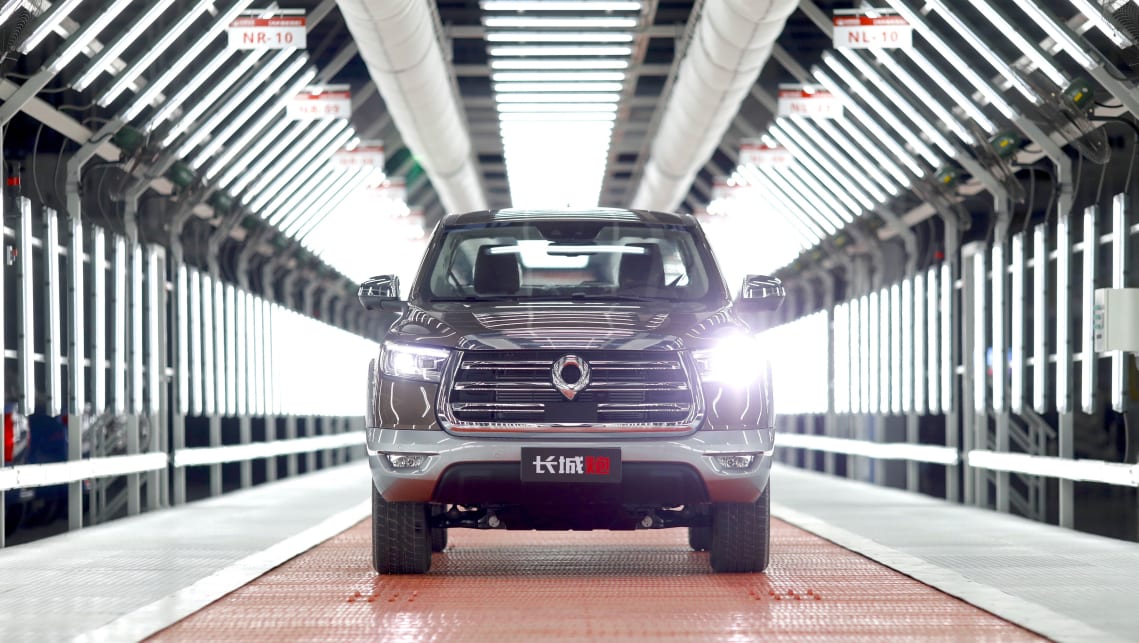 The 780,000 square meter facility is said to enable Great Wall to adopt a “completely different approach to vehicle production” and is built specifically to produce vehicles on the brand’s P71 platform encompassing both the new ute and large SUVs under the Haval brand.

The 900 million dollar facility was completed in just 14 months and plans for a production output of 160,000 vehicles a year. Great Wall says production lines in the new facility are “getting close to 100 per cent” automated with autonomous vehicles even delivering some 70 per cent of materials to the production line.

Great Wall’s upcoming Cannon ute is set to go on sale in China later in September, and has been confirmed for Australia, although the brand’s local representatives tell us specification for right-hand drive export vehicles is still far from being confirmed.

As it stands the Cannon ute has been specifically benchmarked against segment-leading rivals in Australia, specifically the Toyota HiLux and Ford Ranger.

The truck’s dimensions stand a fair bit larger than its HiLux competitor and Steed predecessor at 5410mm long, 1886mm wide and 1934mm tall. It will target a “minimum three-tonne” towing capacity and has a suspension tune that features feedback from the brand’s Australian division.

While RHD specification and a new diesel engine are yet to be revealed, Great Wall is targeting a late 2020 launch for the new ute.

While a new-generation diesel engine is said to be under development, specs are a while off, but it will be mated to an eight-speed ZF torque converter automatic transmission with a low-range mode.

The Great Wall Cannon is earmarked for a late 2020 release date in Australia. It is not yet known if it will carry the “Cannon” name in our market.