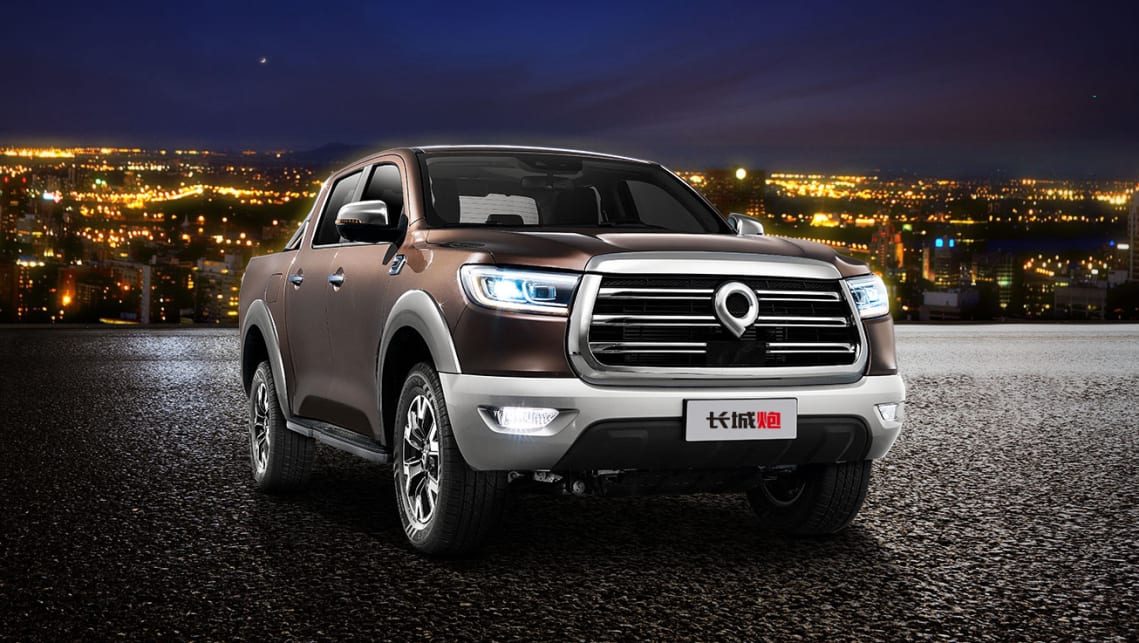 Great Wall Cannon 2020: What we know so far about China’s Toyota HiLux rival

One of our surprise hit news stories in 2019 was on the reveal of the Great Wall Cannon ute in China.

It’s an all-new nameplate and design from the Chinese giant, which is currently known in Australia mainly for its cheap and cheerful Steed.

Off the back of its confirmation for our market, though, we also know it has lofty goals for the premium-in-China Cannon – planning to challenge existing segment leaders like the Toyota HiLux and Ford Ranger with a “world-class ute offering”.

So, what details have come to light about Great Wall’s latest and greatest? Read on for our summary of what’s in store.

It’s aiming for a very competitive price and spec

Great Wall says features will include everything from keyless entry & push-start to a digital dashboard.

You might know Great Wall for the Steed, but the brand is promising those more basic-spec days are behind it with the Cannon.

The brand will offer two distinct personalities for the Cannon in China – a premium offering, and a commercial offering, although CarsGuide understands it is the more premium version (with the big chrome grille) that will be making its way Down Under.

In terms of spec, you’ll be able to expect overhauled multimedia with a 9.0-inch multimedia touchscreen, a digital dashboard, leather trim options, and today’s advanced active safety, like auto emergency braking (AEB), lane-keep assist and even a 360-degree parking camera.

The Cannon is also confirmed to get a ZF eight-speed torque converter auto to go with an all-terrain 4×4 system.

Price-wise, the brand says to expect it to be surprisingly affordable for what’s on offer. “It will make a lot of people think, ‘Why am I paying this amount of money for a ute when someone like Great Wall can build something to this level of comfort and capability?’,” according to brand spokesperson Bill Soo.

Specification is expected to include advanced active safety features.

CarsGuide understands you can expect the Great Wall Cannon to land for sale in Australia in either Q4 of 2020 or Q1 of 2021, likely for a 2021 model year.

The Cannon will launch internationally in left-hand drive in early 2020 and will to appear in final production form at the Beijing motor show in April.

We expect to have much more information (including firm launch timing for Australia) around that time, so stay tuned for more.

One important missing detail is the name. The brand’s local arm is still considering whether the new truck will carry its Chinese-market ‘Cannon’ name, or something entirely different for our audience. For now it carries the moniker of its chassis, the ‘Great Wall P71 series’.

It won’t necessarily kill off the Steed

The Steed could continue in facelifted form.

Great Wall has confirmed that the arrival of the Cannon won’t necessarily spell the end for the existing Steed.

Brand spokesperson Edward Mason-Jefferies confirmed that Great Wall’s local operation was “still evaluating” the Steed’s future, but suggested that it was likely that it would continue to offer the Steed “in some form” after the Cannon’s arrival.

Interestingly, the Chinese market version of the Steed has had a significant overhaul since the launch of the Steed we get in Australia.

Dubbed the “Wingle 7” in its home market, the updated Steed appears to be a heavily facelifted version of the ute offered in Australia with a completely overhauled interior, exterior and tech package, although it carries the same 105kW/315Nm diesel engine.

Mr Mason-Jeffries could not yet confirm whether the future of the Steed in Australia involved this currently left-hand-drive-only facelift, simply stating that the brand needed to evaluate the Steed’s future first.

It will have a new diesel powerplant

An all-new diesel is on the way, with a ZF-sourced eight-speed transmission.

On the topic of diesel engines, since the Cannon’s confirmation for an Australian launch, details of its all-new diesel engine have come to light.

The new engine will be a 2.0-litre turbocharged unit which produces a more competitive 120kW/400Nm. Ute pundits will note that this is still less than many of its popular competitors, although these specs are not final, and could get a boost for our market.

The new engine is confirmed to be mated to a new-to-the-brand eight-speed ZF-sourced torque converter automatic transmission, and CarsGuide understands that there’s a chance for a six-speed manual option, too.

Great Wall is aware of requirements for our market and plans for the Cannon to meet them.

Great Wall tells us that it understands the requirements to be competitive in the Australian market, and to that end says to expect at least a 1000kg payload and minimum 3000kg towing capacity as per the local arm’s feedback to Great Wall’s HQ.

It also benchmarks market leading competitors for performance, with Mr Soo specifically pointing the finger at the Toyota Hilux and Ford Ranger. Internationally, the brand holds ambitious hopes that the Cannon will one day be seen in “God car” territory alongside the HiLux for performance and reliability.