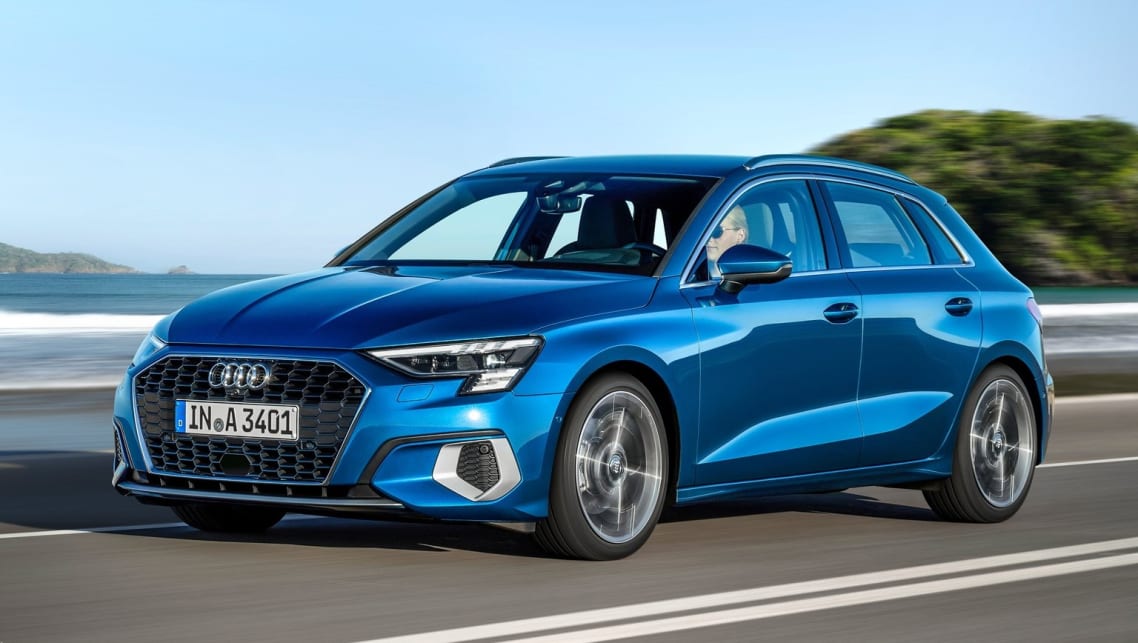 Geneva motor show 2020: The best new cars that missed out on a big reveal

The Geneva motor show is generally one of the biggest events for car reveals in our calendar. But off the back of coronavirus fears the Swiss government took the axe to the gathering.

To that end, we’ve compiled a list of the best vehicles that were destined to be revealed at the show – ones that will definitely be heading to Australia that we think are the most relevant for new car buyers wanting to see what they should be looking out for in the next year or so. Sorry, no supercars or outlandish concepts on this list.

The A3 was only shown as a Sportback for the time being.

Audi is in the midst of overhauling its range with a completely new design language as well as higher-tech driver amenities and engines. We’ve already had the A1 and Q3 land with impressive standard inclusions, so count us excited for the A3, too.

Only unveiled as a Sportback for now (with a sedan to follow), the A3 will initially be available in its home European market with either a 1.5-litre 110kW engine or an 85kW diesel (which will almost certainly not make it to Australia).

Audi promises there will be hybrid variants and quattro all-wheel drive variants in the near future as well, so stay tuned as we know more. The A3 is not likely to hit Australia until 2021.

The ID.4 will go into battle against Hyundai’s Kona Electric.

Dubbed the ID.4, the new small-looking SUV will be built on the same MEB platform as the already revealed ID.3 hatch. This means it will share the ID.3’s primarily rear-wheel drive layout and underfloor battery options. The brand says the ID.4 will have “up to 500km” range depending on the chosen configuration.

While the revealed car is “production ready” don’t expect to see it on Australian streets any time soon, as VW prioritises markets with stricter emissions regulations.

Fiat’s new 500 will be bigger and primarily electric.

The current Fiat 500 light hatch has been on sale for a whopping 13 years, and while this long-awaited new car looks like it could be no more than a heavy facelift, it’s set to revolutionise the badge.

This is because the new 500 will be spearheaded by its electric version which will pack a 42kWh battery good for 320km of driving range.

It will also have active safety measures cooked in to the point where it will be capable of Level 2 driving autonomy.

Dimensionally the new 500 will dwarf its predecessor, now 60mm wider and longer, with its wheelbase also extended by 20mm.

Like the ID.4 we expect Fiat will prioritise emissions-conscious jurisdictions with the new 500, but a new petrol version much more likely to hit our shores should be detailed soon.

The E-Class has overhauled styling and an improved technology offering.

Mercedes-Benz digitally threw the covers off its heavily updated E-Class which now shares the brand’s current design language with its smaller sedan siblings.

Aside from its styling overhaul, the E-Class also brings with it the brand’s latest in-cabin technology in the form of the dual-screen MBUX screen layout, and debuts a not-before-seen six prong steering wheel.

The E-Class’ safety suite has also been thoroughly upgraded to include more driving autonomy via a more sophisticated cruise control system, and will also be available across the range with 48-volt hybrid technology.

The new GTI is set to arrive in Australia in early 2021.

Volkswagen revealed its eighth-generation hot hatch to complement the already-revealed regular range of one of its most popular models.

The new GTI will sport a similar drivetrain to the current model with a 2.0-litre turbo producing 180kW/370Nm and matching front limited-slip differential.

Styling has been overhauled both inside and out, with the new GTI sporting the brand’s latest connectivity tech and digital dash cluster.

Surprisingly, the manual GTI is set to live on, but we’d say it’s far from guaranteed for our market. The diesel GTD and hybrid GTE which were revealed at the same time are ruled out.

Expect to see the new GTI land shortly after the rest of the range in early 2021.