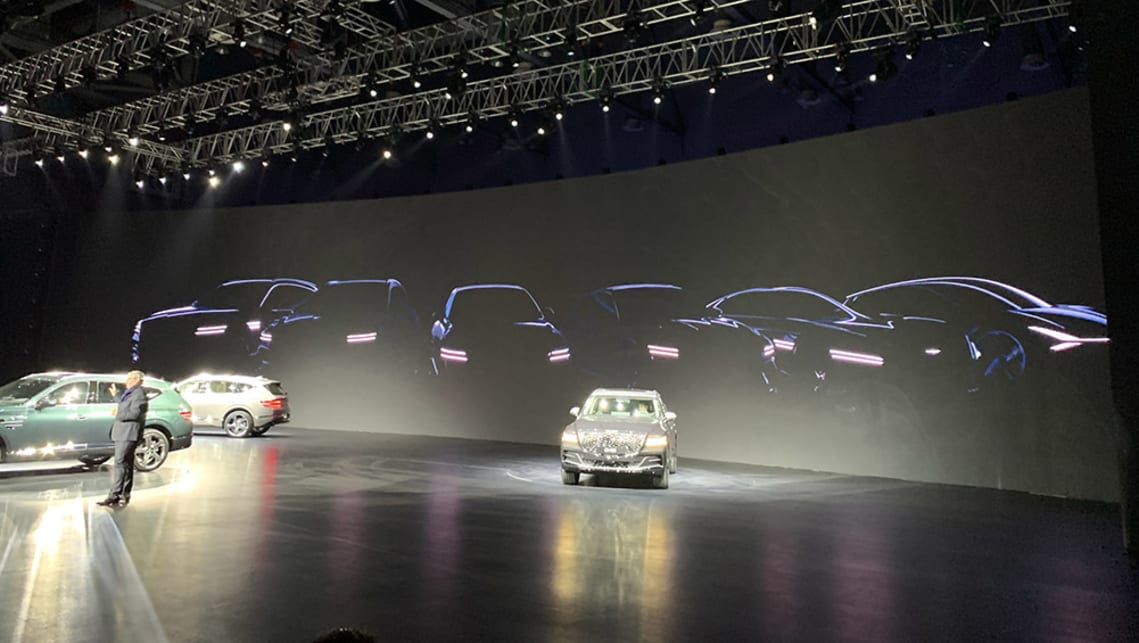 The Genesis brand has unveiled its GV80 luxury SUV in Seoul, Korea, today – but the company gave a little bit more away than just the details of its BMW X5 rival.

Luc Donckerwolke, chief design officer for Genesis, showcased the GV80 on stage in front of hundreds of media, before giving those present a glance at the future of the brand, with an image of six shadowy future models.

The image aimed to show that “two lines are us, Genesis”, with the distinct headlight design showcased on these secret new models. But it’s clear from the image you see, snapped by Matt Campbell at the event in Seoul, that there will be some exciting new models in the line-up soon.

Clearly visible is a new sports car (with those signature LED twin lights running back beyond the front wheel arch), along with a futuristic EV model at the far right of the line-up bearing a distinctly different light treatment.

It appears there also could be a facelifted G70, a new GV70 mid-size SUV, and a couple of other new models including the all-new G80, which is due later this year.