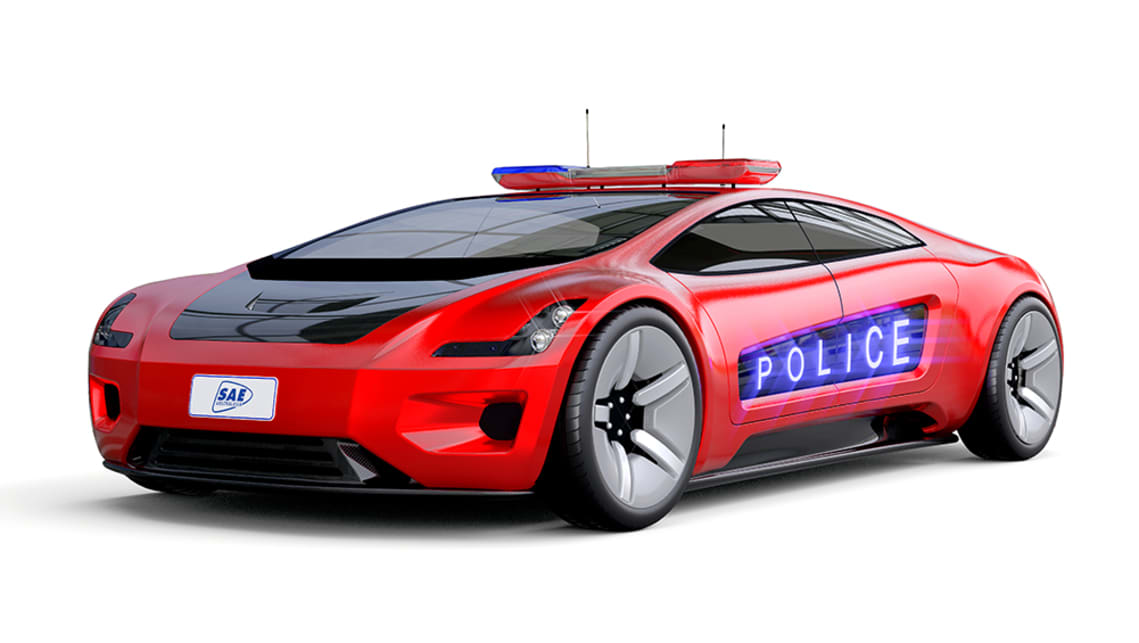 Future police cars could be electric, autonomous and made in Australia

Police cars, ambulances and other emergency services vehicles could be all-electric, highly autonomous and engineered and manufactured in Australia in the future, according to the peak Asia-Pacific body for mobility engineers.

The chairman and CEO of the Society of Automotive Engineers – Australasia (SAE-A), Adrian Feeney, claims “COVID-19 has shown the importance of car manufacturing, and we propose to start with a car that no other country could build”.

The car in question would be “at the cutting edge of near-horizon technology”, according to Mr Feeney, and would have an annual ‘medium’ volume of 50,000 to 100,000 units by taking advantage of Australia’s existing engineering and manufacturing skills and facilities.

“Global manufacturers were amazed at how their (Australian) subsidiaries could build 50,000 cars with the same quality and efficiency as overseas plants with 10 times the output,” he said.

“If we move now to harness our engineering brainpower while we still have it, we can design and develop the cars of the future, and we have the factories to build them.

“The time is right to put money and political will behind our engineers and our manufacturers and rebuild a specialist car industry that can be the envy of the world.”

The modular platform could be adapted for police cars, ambulances and potentially light military vehicles, with the former the first to move to the concept stage thanks to the SAE-A’s partnership with transportation design company Delineate, whose clients include Tesla.

The police cars would be built from the ground up for law enforcement agencies, not only in Australia, but also abroad. Their focused nature would differentiate them from the current fleets, which consist of series-production vehicles cluttered with add-on equipment.

“A powerful engine and automatic transmission are part of it, along with minimal maintenance, and these are easily matched by an electric car,” Mr Feeney added.

“Then there’s radar equipment, a calibrated speedometer, roof-mounted number plate recognition cameras and a laptop computer with mobile data terminal – all much more readily built-in than added on.

“Once you start adding up the cost and complexity of accommodating all this gear in a mass-produced car, it’s easy to see the potential for designing them in from day one.”

As reported, medium-volume Australian car manufacturing ended in October 2017 when Holden was the last carmaker to stop production. The lion brand’s Commodore and its direct rival, the homegrown Ford Falcon, served as police cars for more than 35 years.