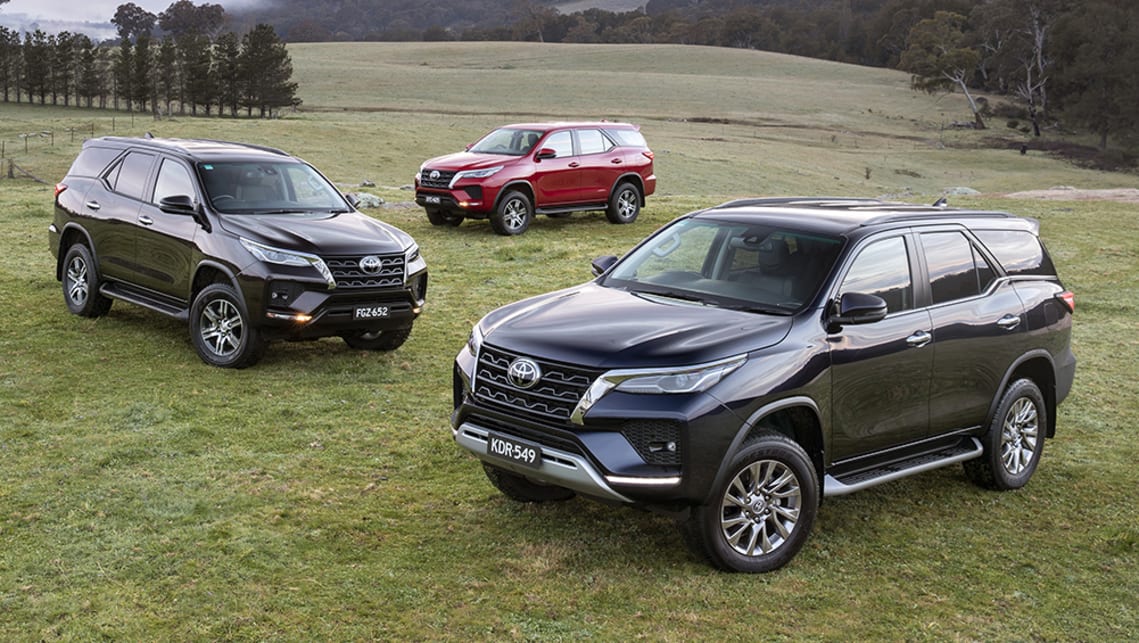 Fortuner avoids the axe, but does Toyota have too many SUVs?

Toyota Australia will have packed eight SUVs into its line-up by 2022, but that’s not too many according to a senior company executive.

Count them: LandCruiser, Prado, Kluger, Fortuner, RAV4, C-HR, Yaris Cross and soon-to-arrive Corolla Cross. That’s the Toyota SUV line-up, but is it possible the brand has gone overboard when it comes to sports utility vehicles?

“The answer is no,” Toyota’s vice-president of sales and marketing Sean Hanley told CarsGuide at the launch of the new HiLux and Fortuner this week.

“I don’t think we have too many because this is a market that’s very crowded competitively. When you look at the size of the Australian market versus overseas markets and the number of brands that are represented in this market, it’s quite saturated and it’s ultra-competitive,” he said.

“That’s great for the consumer, no doubt about that, but one of Toyota’s strengths is our good product offering.”

At the same time, Mr Hanley said the range was always under scrutiny.

“It’s an ongoing business development where we look at our model line-up – what’s becoming more relevant, what are the trends of the market – we are know SUVs are flying, but we will always analyse our product offering, our line-up, our grades,” he said.

“Will we continue to review it? Of course, we will.”

While most of Toyota’s vehicles enjoy healthy sales, one model which isn’t performing as well as Toyota would hope is the Fortuner SUV. From the start of this year to the end of July, just 1526 Fortuners were sold, and while everybody can agree 2020 has been a challenging time, rivals such as the Ford Everest, Mitsubishi Pajero Sport and Isuzu MU-X have seen sales which are more than double Toyota’s in the same period.

Now with the updated model having just arrived Mr Hanley said that axing the Fortuner based on its poor sales performance was never considered.

“There was no consideration not to bring Fortuner back because it plays a really important role in the Toyota line-up,” he said.

“So, while yes in terms of our own sales, Fortuner is quite lower in its sales rate, it really has an important role to play. It’s a credible choice, an affordable choice before they get to LandCruiser and it’s also a powertrain alternative to a Kluger right now.”

Mr Hanley cited the ban on overseas travel during the Coronavirus pandemic and his prediction of Aussies exploring their own country as a good reason for keeping Fortuner in the range, too.

“I think as we enter this new world, I do believe that domestic travel will take on a new meaning,” he said.

“Given the restrictions on international borders will continue for some time yet we will expect to see an increase in domestic travel and when I look at a vehicle like Fortuner, I think that it is an affordable choice for those people that want to tow, want a bit of off-road capability, want lifestyle. This car fits sweetly into that spot for them and it’s a good alternative for those that can’t get into the Prado.”

The LandCruiser Prado starts at $56,090 before on-road costs for the manual entry-grade GX and tops out at $84,226 for the Kakadu grade. The Fortuner is also a seven-seater SUV with excellent off-road capability, but it’s based on the HiLux platform. The Fortuner starts at $45,965 for the entry level GX while the top-of-the-range Crusade grade lists for $58,490.