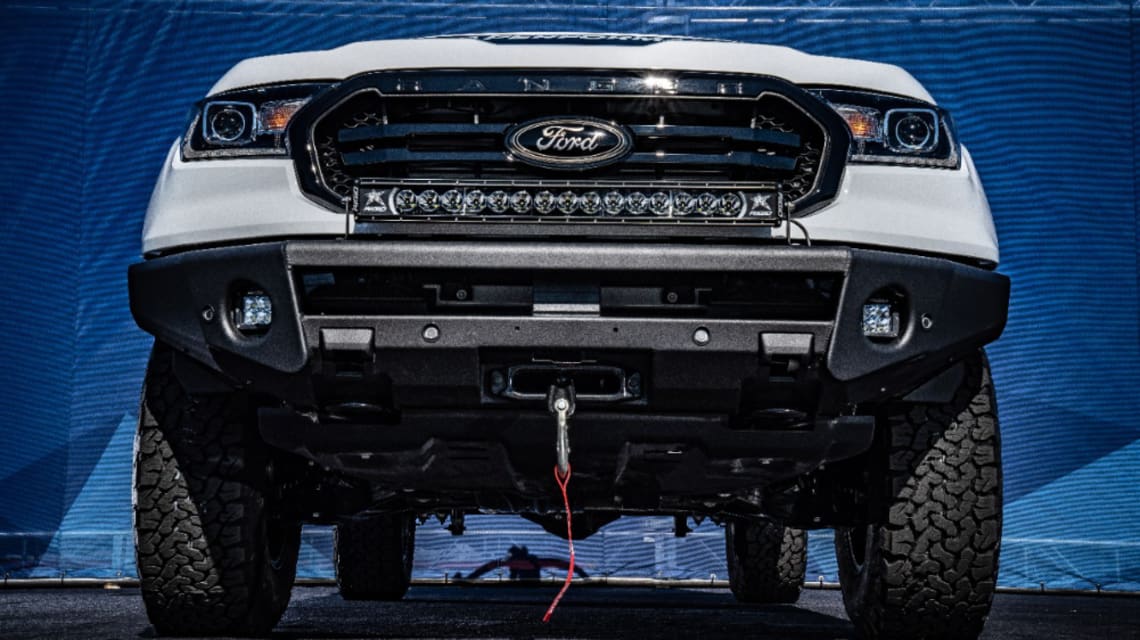 Details of Ford’s top-secret ute project are beginning to leak, with International reports suggesting the brand’s new baby Ranger will be called the Maverick when it arrives to take on the Hyundai Santa Cruz.

US outlet The Fast Lane Truck has obtained an image of a 3D model of a new ute tailgate, with its anonymous source describing it as belonging to the “baby version of the Ford Raptor”.

It’s unclear exactly what’s meant by that, given that, in the USA, the Raptor is also applied to the Ford F-150, so the new tailgate could belong to a new and hardcore version of the Ford Ranger, or to the now-confirmed Focus-based pick-up that’s coming in 2021.

If it’s the latter, it would appear Maverick could be the name chosen for the Blue Oval’s Focus-based ute.

American dealers have reportedly already been shown the Santa Cruz-rivalling unibody pick-up, and all were reportedly happy with the finished product, which is said to look like a smaller version of an earlier-generation Ranger.

Ford’s new entry-level pick-up won’t just be smaller than the Ranger, but will significantly cheaper, too, and is expected to launch in the USA in 2021. International reports have the pricing starting at US$20,000, around US$5000 cheaper than the most affordable Ranger.

“You can expect new nameplates below where we compete today,” , Ford’s global VP of marketing and sales, Jim Farley, told an automotive conference in Detroit in 2019. “(We’re) investing in more affordable versions of our truck business.”

Reports suggest the ute will use a long-wheelbase version of the Focus platform, and will be powered by Ford’s 1.5- and 2.0-litre EcoBoost engines.

For its part, Ford in Australia has previously told CarsGuide that it will be studying the business case for a potential Australian launch, pointing to the Mustang as proof of the brand’s willingness to build truly global vehicles.

“Any product that we can make a viable business case for we will always consider,” says one Ford spokesperson. “It’s based on customer demand, customer feedback and what Australian customers are looking for.

“It’s one of the positives of being a global company. It’s proven that where there is suitable market, and Mustang is great example of that, Ford obviously creates a global product. Whatever is available to us in right hand drive, we will definitely look at for Australian buyers.”