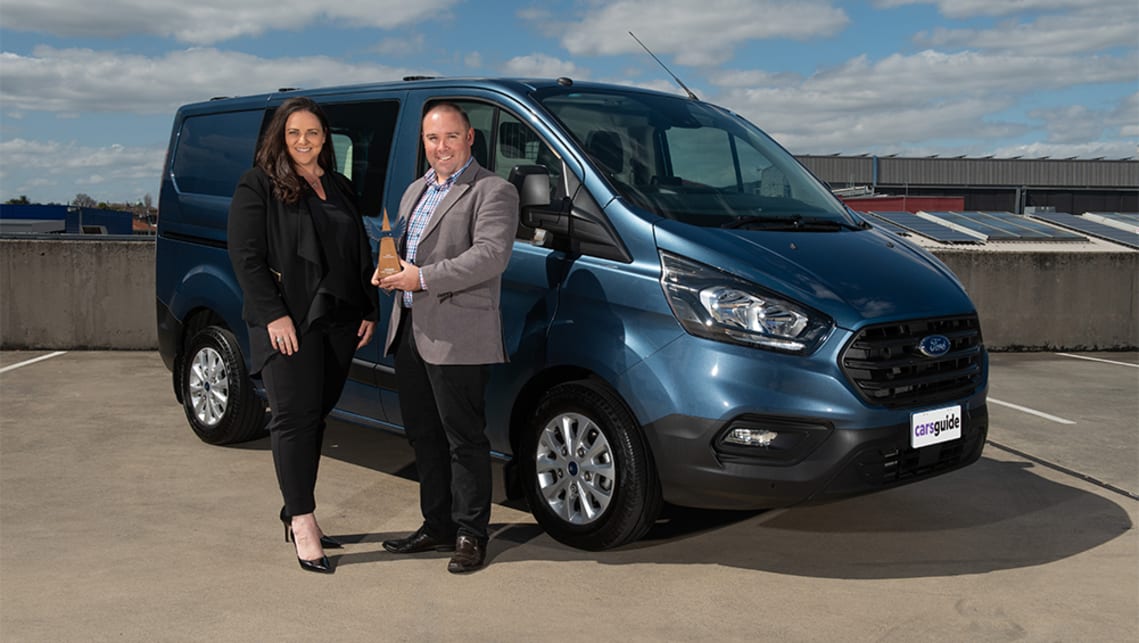 The Ford Transit Custom has been named 2019 CarsGuide Tradie Car of the Year.

Announcing the award, CarsGuide editor Malcolm Flynn said the latest Transit Custom’s combination of benchmark safety, car-like driving comfort, excellent load-carrying ability, clever design features and value for money made it a stand-out in a long list of LCVs that arrived in local showrooms between September 1, 2018 and September 1, 2019.

“The Transit Custom proves that a hard day’s work doesn’t need to be made harder by the vehicle you drive,” Mr Flynn said.

“Ford has done an outstanding job in creating a light commercial vehicle that is so sharply focused on a driver’s needs, to make his or her working day as easy and comfortable as possible.

“The company should also be commended for its unwavering commitment to driver safety. From its five-star ANCAP rating and standard AEB to a benchmark suite of active and passive safety features, the Transit Custom combines premium safety with great load-carrying versatility.”

The TradieGuide assessment process incorporates impressions and data captured in detailed published reviews from the 12-month period. All eligible models were evaluated by TradieGuide’s segment expert Mark Oastler, including specialised testing of each with loads approaching GVM ratings.

Whittled down from a Top 10 vehicle list, Ford’s Transit Custom narrowly topped a group of three finalists, which included Toyota’s all-new HiAce van and Ford’s latest Ranger, which is among the first utes in Australia to offer AEB across the range.

The Transit Custom proves that a hard day’s work doesn’t need to be made harder by the vehicle you drive.

“This was a very tight contest, as all three finalists are outstanding light commercial vehicles which during the past year have raised the bar in safety, comfort, performance, practicality and value,” Mr Oastler said.

“The Transit Custom’s adaptability in meeting so many different buyer requirements is impressive, from the huge 100-plus colour choice and multiple body configurations to its clever folding roof-rack system, huge under-seat cabin storage, extendable load floor and lots more.

“It reminds me of Doctor Who’s Tardis – compact on the outside, big on the inside!”

CarsGuide reaches more Australians than any other editorial automotive site, according to Nielsen* digital content ratings (monthly) with more than 1.29 million unique users per month.