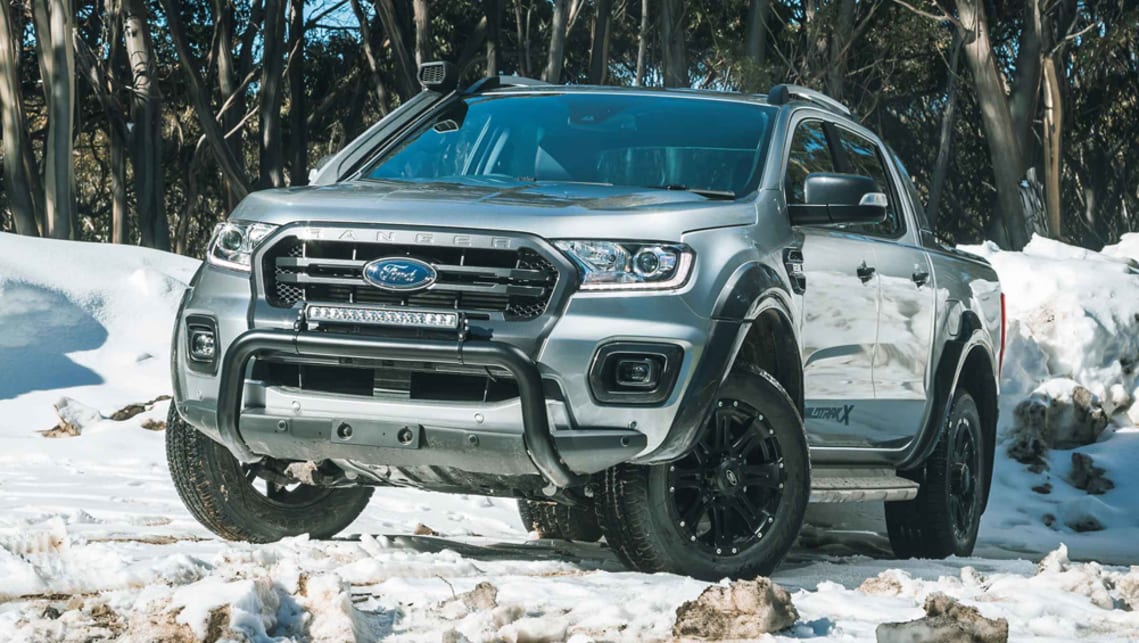 Ford will launch another version of its wildly-popular Ranger Wildtrak pick-up this month, with the new X version adding a number of off-road-focused accessories for a small bump in price.

Justifying the price increase though are a number of blacked-out components including 18-inch alloy wheels, wheelarch flares and front nudge bar, while the addition of an LED light bar and snorkel are designed to take amplify the Ranger’s off-road prowess.

The front grille, lower bumper and door handles are also painted a darker shade to differentiate the X from the Wildtrak, while prestige paint is a $600 option.

Equipped with either a 147kW/470Nm 3.2-litre five-cylinder or 157kW/500Nm 2.0-litre four-cylinder engine (the same found in the range-topping Ranger Raptor), drive is sent to Ford’s selectable four-wheel-drive system via a six-speed torque converter automatic in the former and a 10-speed dual-clutch auto in the latter.

Both versions however, sport a 3500kg towing capacity, while the 3.2 litre and 2.0 litre versions boast a respective payload of 920 and 950kg.

According to Ford Australia, “the arrival of the first Wildtrak X heralds a more off-road focussed, highly capable and outdoors orientated model, combining Ranger’s capability with the comfort, convenience and high-spec of the Wildtrak”.

Aimed squarely at the Toyota HiLux Rugged X ($64,490 for the auto), which also features a snorkel and light bar, the Wildtrak X also lines up against the recently-launched Nissan Navara N-Trek ($58,950 for the auto) and refreshed HSV Colorado SportsCat (from $64,690 in automatic form).

Like all new Ford vehicles, the Wildtrak X comes with a five-year/unlimited kilometre warranty, while each of the first four services are capped at $299.