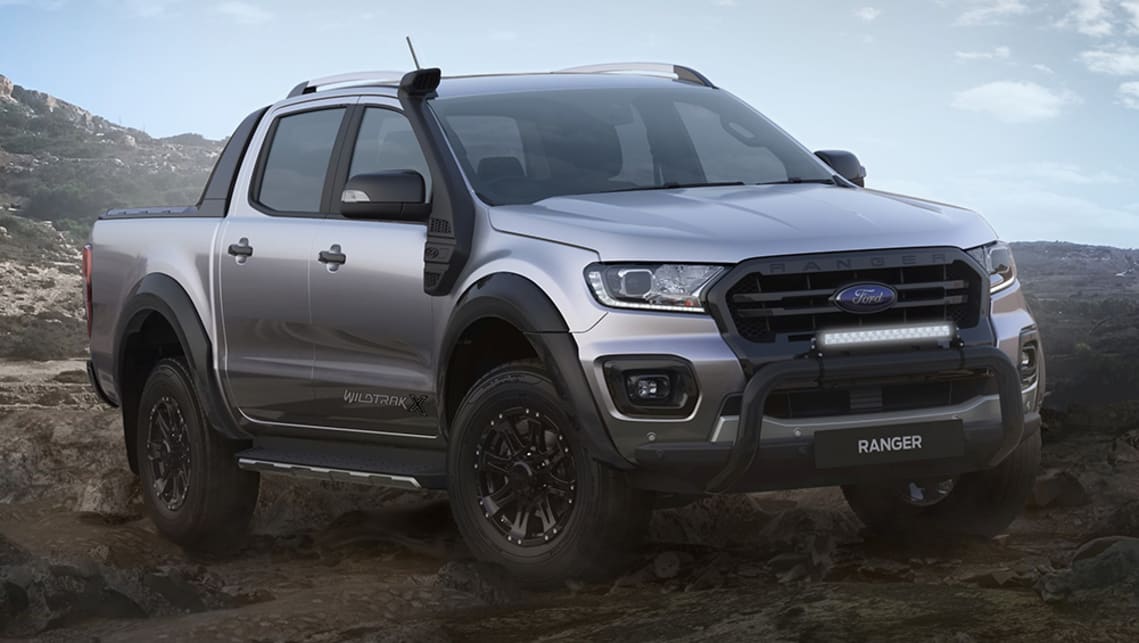 Dual-cab utes are big business in Australia, just look on any street or driveaway in the country and you will surely spot more than a few pick-ups.

And it makes sense too, with those $60,000-plus utes combining unique looks, go-anywhere capability, and long list of equipment and technology.

Oh, and don’t forget you can always throw tools (or camping and fishing gear) into the back to make the most of the tray, while a trailer/caravan can always be hitched to the rear to increase versatility.

Throw in second-row seating for kids, and its little wonder why dual-cab utes have exploded in recent years as one of the vehicles of choice for growing families, even if the parents can’t be found anywhere near a construction site.

The ute market is vast and confusing though, so here are four models you should have on your radar that will be at home ferrying around the family just as much as hitting the coast for a surf.

Isuzu’s new D-Max X-Terrain is hoping to steal some thunder away from the Ford Ranger Wildtrak and Toyota HiLux Rogue.

The newest ute on this list, the X-Terrain sits atop the third-generation D-Max range for now.

Priced at $62,900 before on-road costs, the X-Terrain is fitted with a 140kW/450Nm 3.0-litre turbo-diesel engine and six-speed automatic transmission.

What sets it apart from the rest of the D-Max range is its unique exterior styling components, including fender flares, front grille, 18-inch wheels, side mirrors, side steps and aero sports bar finished in dark grey.

Front and rear underbody spoilers are also fitted, as is a hard roller tonneau cover.

As one of the newest utes on the market, the D-Max X-Terrain also one of the only vehicles on the market with a front centre airbag between the driver and passenger, and solid top tethering anchoring point in the second row.

The Ford Ranger is one of those cars that comes along and just changes a market segment by being so attractive.

Unique to the Ranger is a windscreen mounted USB outlet for use with forward-facing dash cams, while 2021 models are also fitted with FordPass Connect technology that allows certain vehicle functions to be controlled from your smartphone.

Adopting the new HiLux range’s 2.8-litre turbo-diesel four-cylinder engine means 150kW/500Nm for the 2021 Rogue pick-up, outpunching every other model on the list, but with a big caveat for now.

Pricing for the new HiLux Rogue is yet to be revealed, and with incremental increases across the Toyota ute range, expect a pricetag around $65,000, which could also make it the most expensive on this list too.

Outside the Rogue sports contrasting fender flares and a redesigned front grille, but it’s the two-tone 18-inch wheels, sports bar and hard tonneau cover that stand it out from the standard HiLux range.

Inside is an 8.0-inch multimedia system with Apple Car Play/Android Auto, as well as a 4.2-inch driver display, leather-accented interior and heated front seats.

Toyota has also been keen to push its safety credentials, and the new HiLux is no exception with the standard inclusion of AEB, adaptive cruise control, traffic sign recognition, lane departure warning, and front and rear parking sensors.

Soak the current Nissan Navara in. Its successor will be a clone of the next Mitsubishi Triton.

Though the Navara N-Trek is Nissan’s tougher looking pick-up, its flagship Warrior is closer in price to the competitors listed here, so why not get a top-spec ute for less than top dollar?

Though the N-Trek Warrior’s engine is carried over from the standard Navara range, meaning a 140kW/450Nm 2.3-litre twin-turbo-diesel, it is the equipment bolted on by Premcar that make it more appealing.

Lifted suspension, all-terrain tyres wrapped around 17-inch wheels, beefed-up underbody protection, light bar and a stealthy bumper-integrated bulbar mean the Warrior is ready to do battle against the great outdoors.

However, it’s the safety and equipment where the Navara N-Trek Warrior might be let down in comparison to its rivals.

On the plus side, it does come with a surround-view monitor – one of the few cars in this class to do so.