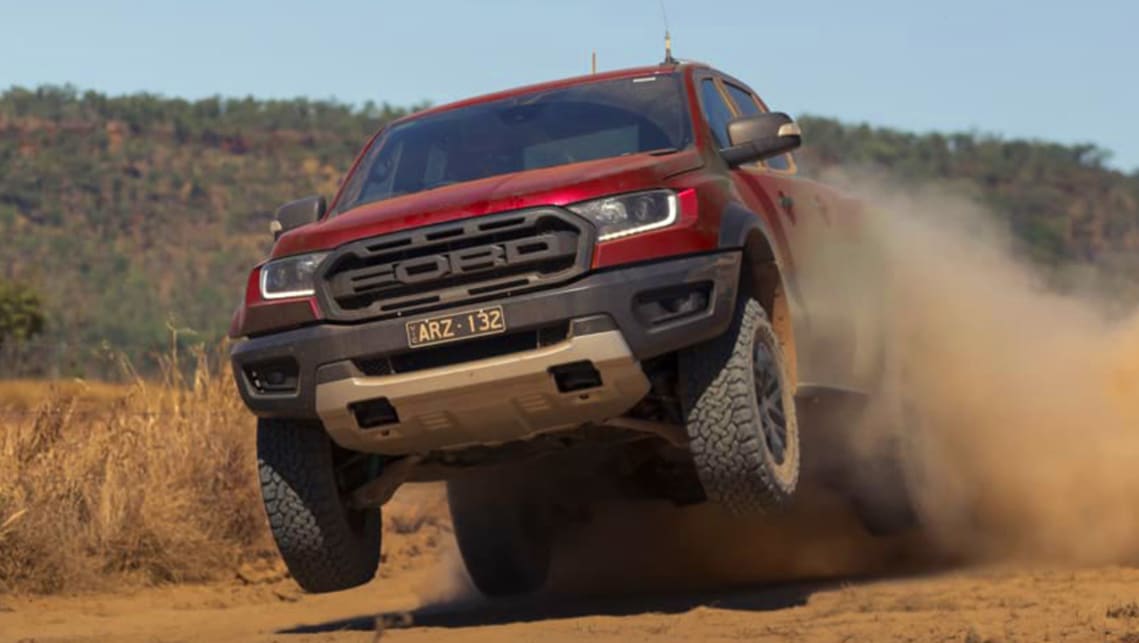 The news, first broken in Wheels Magazine, suggests Ford is readying a new powertrain for the Ranger Raptor, squeezing the Coyote V8 engine from the Mustang under the bonnet to satisfy even the most power-hungry petrol head.

The massive change would see the top-spec Raptor’s outputs increased from 157kW and 500Nm, produced by its 2.0-litre twin-turbo diesel, to a thumping 339kW and 556Nm, thanks to the fitment of a growling 5.0-litre naturally aspirated V8.

According to the reports, Ford will outsource the work to an external engineering firm, rather than complete the upgrade in-house, but the Blue Oval will sell the vehicle from its official dealerships, and it will arrive with a full five-year manufacturer warranty.

CarsGuide has today spoken to the three of the major engineering firms with the capacity to complete the project – Tickford, Herrod Performance and Premcar – to gauge the status of the project.

All three assured us they weren’t involved in the Raptor build, and sources have since suggested the project remains in its infancy, and will possibly occur in 2021 with the new Ford Ranger, rather than act as a going away party of the current-generation vehicles.

Engineers were also quick to point out the complexity of the work involved, and suggested that, when the vehicle does arrive, it would have to carry a price tag significantly north of $100,000, with one even suggesting it would need to sail closer to $140,000 to cover the cost of engineering what will be a small-number project.

For its part, Ford is yet to confirm the project, but is also yet to deny it, and CarsGuide understands preliminary agreements either have been, or are in the process of being, formalised.

While all three engineering houses have denied knowledge of the project, multiple sources have now pointed towards Premcar as a likely candidate to carry out the project.