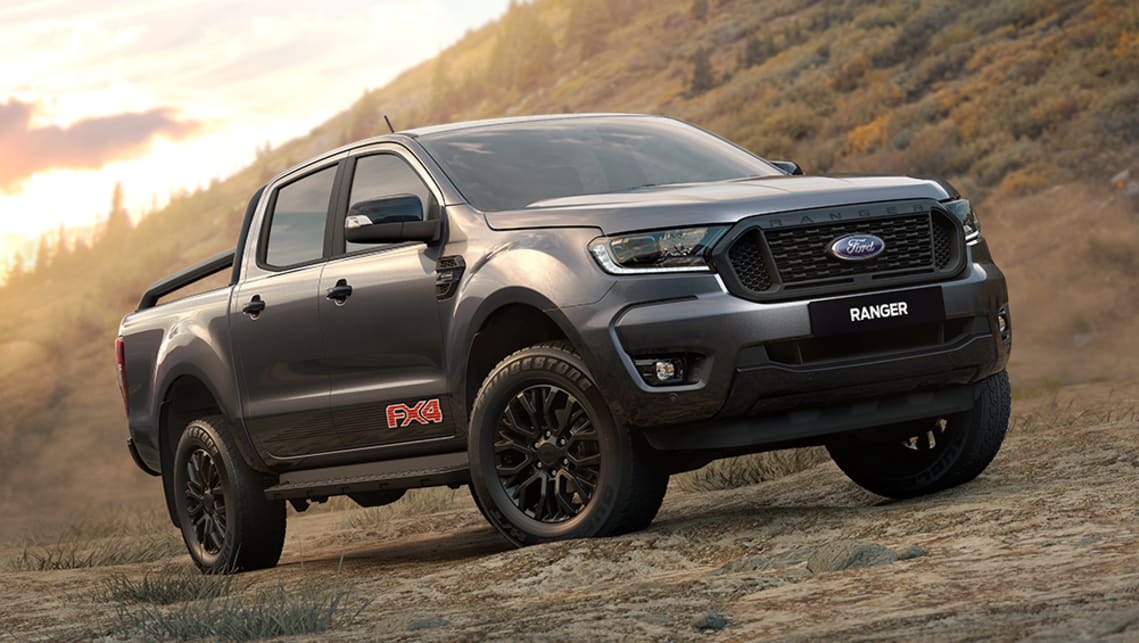 Ford Australia has revealed that its FX4 special edition, last seen in 2017, will return for the 2020 model year.

The FX4 special edition will again be based on the XLT 4×4 and will be positioned between the XLT and the Wildtrak in the Ranger’s Australian line-up. Ford says it will “initially” produce just 1000 FX4s.

Much like its 2017 predecessor, the new FX4 will feature a slew of black and red highlight and decal items to visually set it apart from the rest of the range.

It will also feature a unique set of 18-inch alloy wheels, an FX4-specific mesh grille and extended sports bar, leather seat trim, ‘Tinted Graphite’ accents on the instrument panel and door trim, and ‘Race Red’ contrast stitching throughout the cabin.

The cabin gets a bespoke but subtle treatment for the FX4.

The FX4 is offered with either the 3.2-litre five-cylinder turbo-diesel engine (147kW/470Nm) mated to either a six-speed manual or six-speed auto, or the new 2.0-litre twin-turbo diesel engine (157kW/500Nm) mated exclusively to a 10-speed ZF-sourced automatic.

For the first time the FX4 will be offered with a choice of drivetrains.

Standard features include a the latest updates to the Ranger’s spec including an 8.0-inch multimedia ‘SYNC3’ touchscreen with Apple CarPlay and Android Auto connectivity, as well as a list of active safety features including auto emergency braking (AEB), lane departure warning (LDW) with lane keep assist (LKAS), and traffic sign recognition (TSR). Adaptive cruise control and auto parking are on the FX4’s options list.

Pirce is still TBA for the FX4.

All Ranger variants are covered by Ford’s five-year/unlimited km warranty and their first four services are locked to a maximum of $299 per visit.