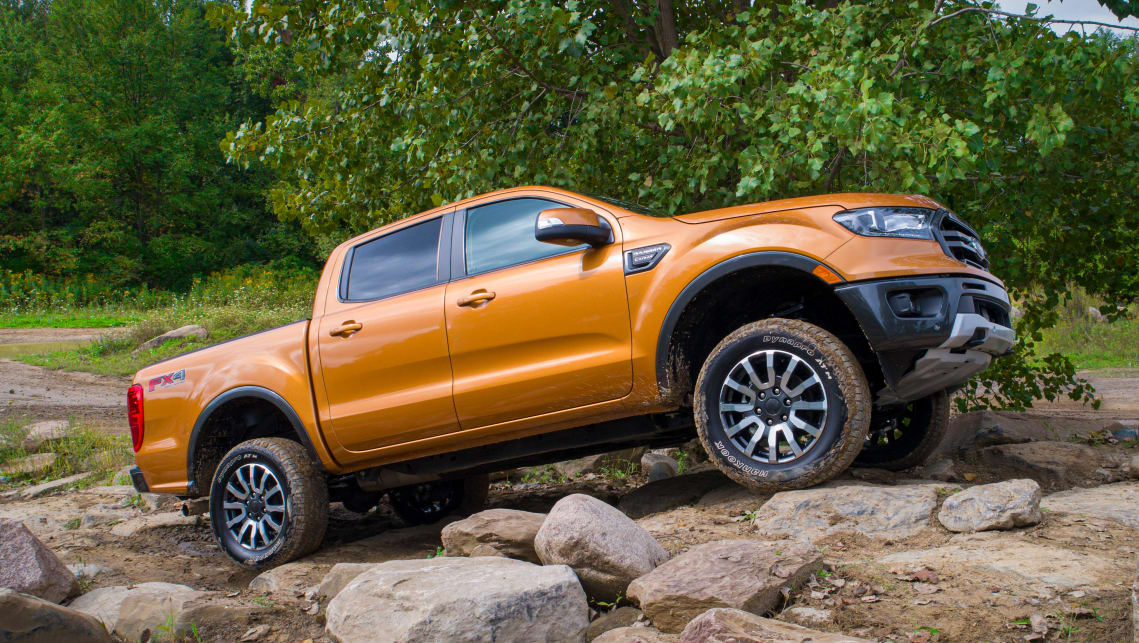 Ford’s ever-popular Ranger ute is getting an official off-road upgrade pack for the 2020 model year, but for now it will only be for the US market.

The off-road kit, available to be applied aftermarket to existing 4×4 variants, consists of Fox shocks (as seen on the fully upgraded Raptor) and new front coilover springs, as well as new upper mounts and bushings to “help isolate noise and vibration”.

Ford’s in-house aftermarket part developer in the US, Ford Performance Parts, developed the shocks in conjunction with Fox specifically for the Ranger, and developed the upgraded suspension kit for both high- and low-speed off-roading at popular off-roading destinations in California and Arizona.

The US Ranger’s can now be optioned with an off-road kit that adds Fox shocks and new front coilover springs.

The kit is available for 4×4 variants of either the Ranger or F-150 and can be ordered through Ford’s US dealer network. It has a parts cost of just US$1495 (AU$2195) but that does not include the cost of fitment.

Given the Ranger’s high-demand amongst off-road enthusiasts, the suspension upgrades could prove popular locally.

Update: Ford Australia’s spokesperson, Matt Moran, has confirmed that it has nothing to announce at this time with regards to the suspension upgrade pack.

The Ford Ranger took home CarsGuide’s 2019 Adventure Car of the Year award for its great ride and handling, comfort and off-road ability, as well as improved safety across the range.

Recently, the Ranger was confirmed to get yet another upmarket and off-road focused variant in Australia, the Wildtrak X. It features bespoke 18-inch wheels, a factory-fitted light-bar, flared guards, a nudge bar, and snorkel.

The Ford Ranger competes directly against the Toyota HiLux, Holden Colorado, Mitsubishi Triton, Isuzu D-Max and Nissan Navara in the booming pick-up segment, but is one of the only utes to offer a dedicated off-road flagship in the form of the Raptor.