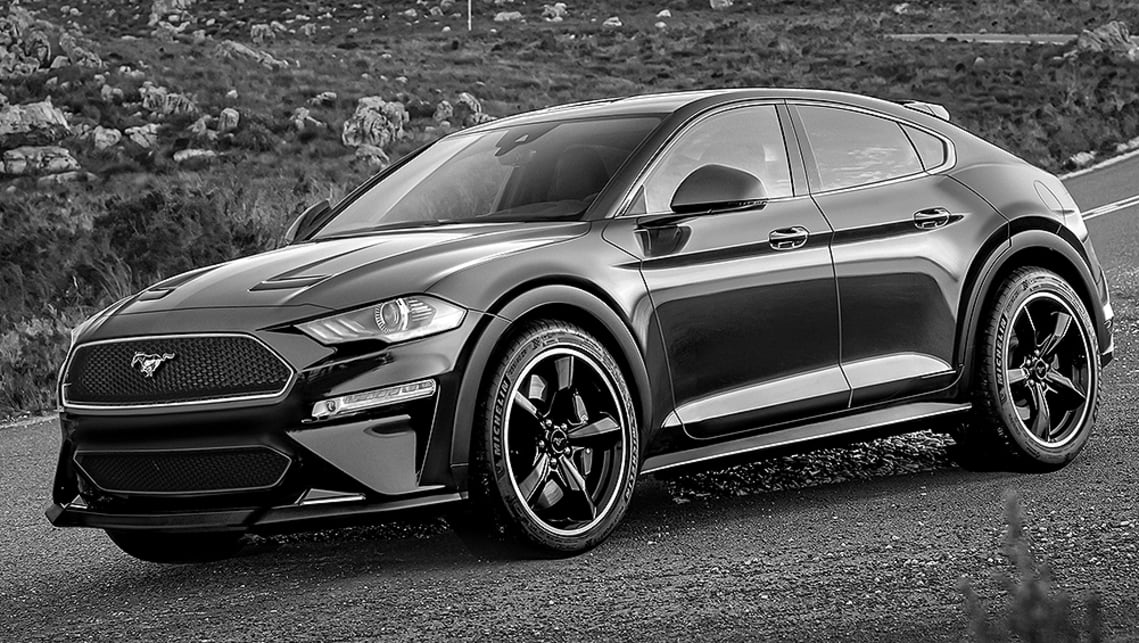 Italian digital designer Luca Serafini has imagined Ford’s upcoming Mustang electric SUV, which is expected to be officially revealed by the American brand before year’s end.

The rendering is reminiscent of other ‘coupe SUVs’ like the BMW X4, Mercedes-AMG GLC Coupe and the Porsche Cayenne Coupe – the latter of which was sampled for this illustration.

“[I] think Mustang lines are really interesting to experience many packages. So really curious I started playing,” said Mr Serafini.

An official design sketch from September, 2018.

Little is known about Ford’s electric SUV, although it is expected to be revealed towards the end of the year, and be released globally in 2020.

Ford teased the new model late last year with an official design sketch, which depicted the iconic three-bar Mustang tail-lights, however, it did not give away the vehicle’s ride height and profile.

It’s unknown what the vehicle will be called either, although Ford revived the ‘Mach 1’ moniker in an electric vehicle (EV) teaser campaign last year, which may be a hint.

Fans of the brand have speculated that it may be called the Mach E, and will be designed to compete with the likes of the Tesla Model Y electric crossover.

In October of last year, Ford released an image of what could be the first electrified Mustang model.

The campaign ran the slogan ‘The Future is Built’, and showed a darkened image displaying a bright blue, illuminated Mustang logo on its nose.