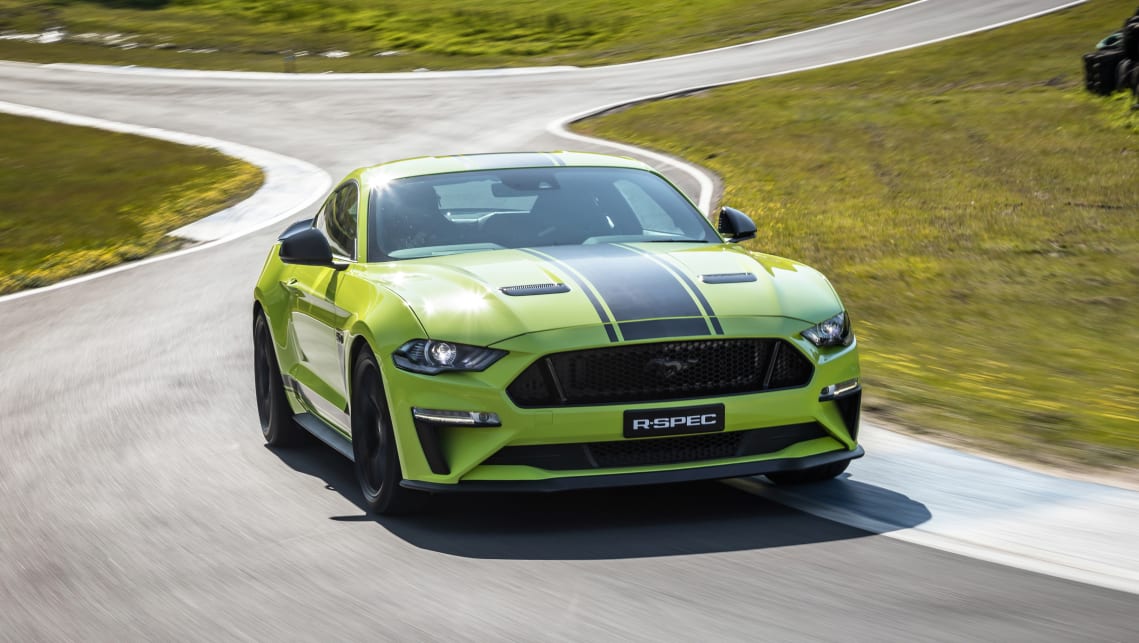 The Ford Mustang R-Spec is the long-awaited performance Mustang halo car that enthusiasts have been crying out for since the reveal of the Shelby GT350 and GT500 in America.

Consisting of a Rod Herrod supercharger kit, as well as a slew of unique Ford Performance parts, the Australia-only, manual-only hero is limited to just 500 cars.

So, what will fans do when that number inevitably dwindles to none? Speaking to CarsGuide at the R-Spec’s Sydney reveal, Ford product communications manager Damion Smy said that while no decision had been made on the R-Spec’s long term future past the current batch of cars, it was “just the beginning” for special Mustang variants in Australia.

“The Mustang has only been on sale for a relatively short time in Australia and we know there’s demand for more unique Mustangs,” he said.

Despite that, Mr Smy said the R-Spec was designed entirely for Australian tastes and not as a response to the Shelby GT350 which could not be imported due to the high cost of re-engineering the left-hand-drive-only machine.

While this might not necessarily mean more R-Specs after the current batch runs out, it opens the door for more Australia-specific variants that might not be hampered by competing international market demand like the globally limited-edition Bullitt.

Ford sold almost all of the available Bullitt Mustangs before the special edition was even due to hit dealerships.

The next step for the Mustang in Australia will be the release of the High Performance 2.3L – the most powerful four-cylinder Mustang ever.

Reportedly developed as a pet project of the Mustang team at the brand’s Airzona proving grounds, the High Performance is the result of engineers challenging themselves to shove the more potent Ford Focus RS four-cylinder under the bonnet of the ‘Stang at a reasonable cost.

The Mustang’s next step will be the High Performance 2.3L early in 2020.

Mr Smy confirmed that the High Performance 2.3L will replace the EcoBoost Mustang altogether in Australia and is due to arrive some time in Q1 of 2020.

If third-party operators are still your style, there’s always Tickford who offer the current 5.0-litre V8 Mustang with an ECU overhaul or, if you refuse to compromise altogether, you can look to Mustang Motorsport who plan to import and convert Shelby GT500s (the fastest Mustang built yet) at an equally uncompromising price.