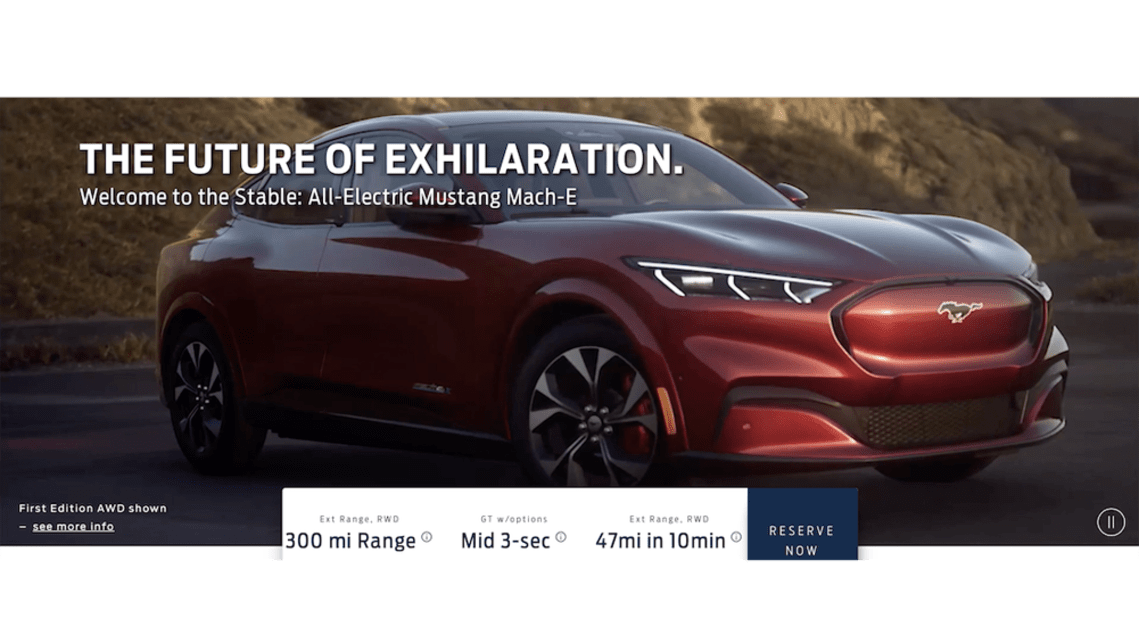 Ford has accidentally let the pony out of the bag, publishing pictures and specification details of its Mustang Mach-E all-electric SUV days before its planned official reveal at the Los Angeles motor show.

The jacked-up ride height and bulbous hatchback rear might be a step too far for Mustang purists, but there is no denying Ford is positioning the Mach-E to take advantage of the SUV-hungry markets around the world.

In profile, it looks as if the Mustang Mach-E will feature invisible door handles, while both rear- and all-wheel-drive options will be available.

Powertrain details of the new emissions-free model were also revealed in the leak, with an estimated driving range in RWD form of around 483km on a single charge, while fast-charging capabilities will add around 76km worth of juice in about 10 minutes.

Ford has also listed a mid-three-second acceleration time (likely 0-60mph) for a grade known as the GT with certain options ticked.

The GT moniker is not new to the Mustang model, as the name also applies to the 339kW/556Nm 5.0-litre V8-powered coupe.

As with the two-door performance car, the GT grade tops the Mustang Mach-E line-up, with other grades including the entry-level Premium and mid-tier California Route.

A special First Edition grade is also on offer, as shown in the leaked pictures.

Power outputs kick off from 190kW/415Nm in the entry level, ranging up to 250kW/682Nm in higher grades, but exact figures for the GT are yet to be disclosed.

For reference, the current Australian Mustang range kicks off at $50,990 for the manual EcoBoost Fastback and tops out at $99,980 for the limited-run supercharged R-Spec.

Inside, the Mustang Mach-E takes its cues from the Tesla Model X with portrait-orientated central multimedia touchscreen, while instrumentation is also displayed on a digital screen.