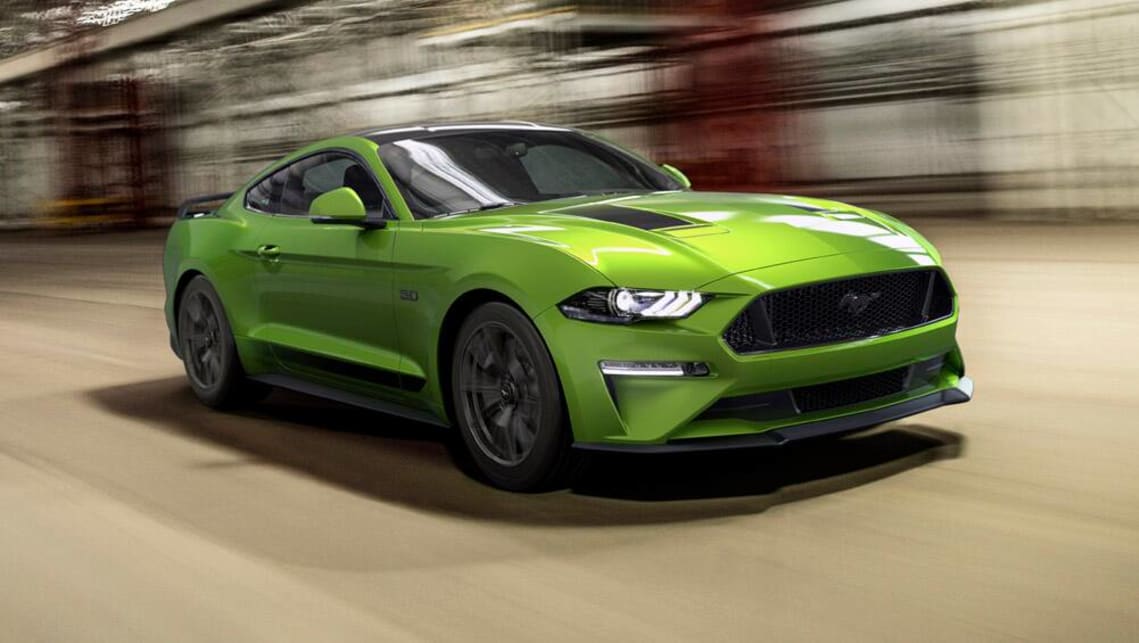 Ford’s Mustang has crept up in price again for the 2020 model year, how kicking off from $50,990 before on-road costs for the entry-level manual EcoBoost Fastback.

In fact, all four-cylinder-powered Mustangs have moved up $1000, with the automatic Fastback now at $53,990 and the Convertible version priced at $60,490.

Powered by a 2.3-litre turbocharged four-cylinder petrol engine, the Mustang EcoBoost produces 224kW of power and 441Nm of torque.

However, this Mustang EcoBoost will be short lived as the High Performance 2.3L is due to land in February, and lifts outputs by 12kW/7Nm to 236kW/448Nm due to a larger turbocharger.

The High Performance 2.3L will also gain a number of styling tweaks including a V8-powered GT’s front diffuser, contrasting side mirrors and wider tyres, as well as retuned gearing.

Propulsion in the GT comes from a 5.0-litre petrol V8, which produces 339kW of power and 556Nm of torque.

All versions of the Mustang send drive to the rear wheels via either a six-speed manual or 10-speed automatic transmission.

Ford Australia also recently unveiled the flagship Mustang R-Spec, which is limited to just 500 units and is powered by supercharged 5.0-litre V8, which should lift outputs well beyond the 339kW/556Nm available in the GT.

Though Ford Australia is yet to confirm exact engine power and torque figures, the R-Spec will be limited to just 500 units, priced from $99,980 before on-road costs and available in early 2020.