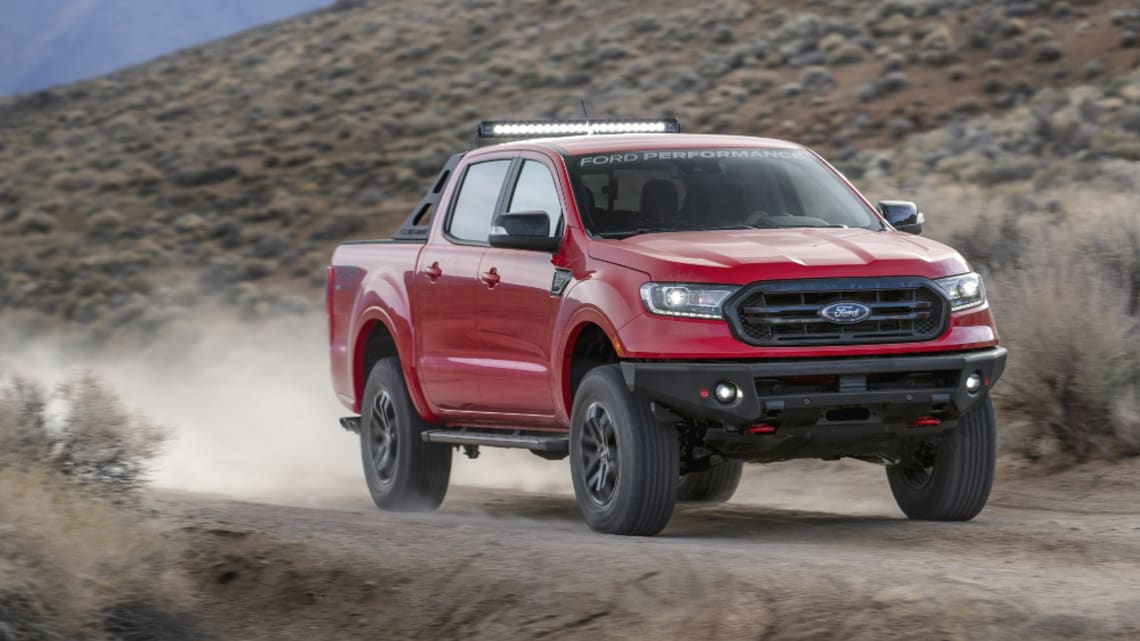 One of the most surprising things about Ford’s game-changing Ranger Raptor is that it’s not sold in the USA. It’s not often Australia gets something our American cousins don’t (especially when that something comes from one of the States’ most iconic car brands).

But the howls of protest appear to have been heard by Ford in the USA, which has today announced a series of serious upgrades to the petrol-powered Ranger which will elevate the US truck to near-Raptor levels of capability.

Called the Performance Level 1, 2 and 3, the off-the-shelf upgrades allow US buyers to choose how hardcore they want their Ranger to be, without having to trouble the official accessory lists or an aftermarket supplier.

“Our goal is to inspire customers by giving them capabilities and styling options from the aftermarket brands they love,” says Ford Vehicle Personalisation’s global director, Eric Cin.

“The three new Ford Performance Packs empower our adventure-loving Ranger customers to explore even further with even more freedom with the added off-roading capability right from the dealership.”

Stepping up to Level 2 buys you a Ford Performance engine tweak, which ups the grunt from the 2.3-litre EcoBoost engine, with new outputs of 235kW and 501Nm (up from 201kW and 420Nm), as well as new off-road rubber and new tow hooks. It costs US$4495.

Finally, the Level 3 package adds a 40-inch LED lightbar kit, an ARB winch-ready bumper, a new sport exhaust and a Ford Performance chase rack. It also includes all the goodies from Level 1 and 2, and is yours for US$8995.

It might not be the full Raptor treatment, but it’s close. Sadly, it’s only for the USA, but we do know that Ford in Australia is hard at work on our next Raptor, and has promised it will outshine the current version in every important way.

Ford Performance Australia program manager Justin Capicchiano has promised us big things from the hardcore ute, suggesting tyres, suspension and powertrains could be under review.

“There is a Raptor that we are working on. We do not comment on future product, but I would never want a product to be worse, or the same, as the last one,” he says.

“If you’re not moving the vehicle forwards, then you’re gong backwards. There are a lot of people who care intimately about this car, and they want it to be better, and it will be better.

“When I compare what we did with other programs, everything moves forward, with different technologies with tyres, suspension, powertrains. You only need to look at the Mustang. Everyone loved it in 2015, it did everything a Mustang should do. Then in 2018, it just did it better.

“So there are ways you can do things like that, and that’s got to be the focus. But you’ll have to wait and see.”