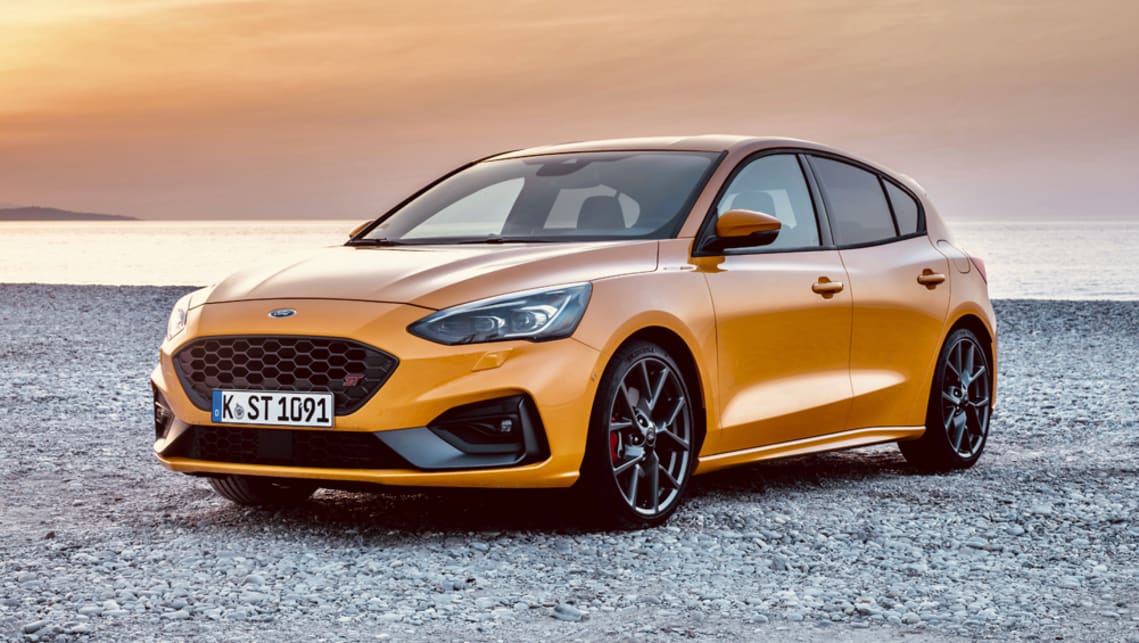 Ford Australia will have a fight on its hands when it launches the new Focus ST to local showrooms early next year, with no less than five sub-$50,000 hot hatches and one sedan to contend with.

Unlike the previous-generation version that hit Australian shores in 2012, the new Focus ST will not only line up against the venerable Volkswagen Golf GTI, high-tech Renault Megane RS, rally-bred Subaru WRX and style-focused Alfa Romeo Giulietta Veloce, but also Hyundai’s much-lauded i30 N Performance and the Peugeot 308 GTi.

Though a pair of Japanese contenders, the Honda Civic Type R and Mazda3 MPS, have vanished from the Focus ST’s competitor field with the former moving up to a rung on the hot hatch ladder and the latter being discontinued without any sign of an imminent return, the Ford Focus ST will still have its hands full keeping its competitors at bay.

Propelling the new Focus ST is a 2.3-litre turbocharged petrol four-cylinder engine – the same powerplant found in the previous-generation flagship Focus RS and entry-level Mustang EcoBoost – tuned to 206kW of power at 5500rpm and 420Nm of torque from 3000-400rpm.

With drive sent exclusively to the front axle via a six-speed manual gearbox with rev-matching technology or, for the first time in the nameplate’s history, a seven-speed automatic transmission that will both enable a zero to 100km/h run in under six seconds.

Outputs in the new Focus ST are up 22kW/80Nm over the older version, while the Ford hot hatch also outpunches the 202kW/353Nm Hyundai i30 N Performance, 180kW/370Nm Volkswagen Golf GTI and 197kW/350Nm Subaru WRX, which all employ 2.0-litre turbo-petrol engines.

All of the Focus ST’s competitors send drive to the front wheels – with the exception of the all-paw Subaru WRX – and while most claim a 0-100km/h time of six seconds, the Renault Megane RS is the quickest of the bunch with a claimed time of 5.8s.

The latest Ford hot hatch also has an advantage over the Hyundai, VW, Peugeot and Alfa Romeo by offering both manual and automatic transmissions – the latter proven to be the more popular choice in hot hatch country.

For many though, price will be a crucial factor in their hot hatch purchasing decision, and its here where the Focus ST might start to look less attractive next to its peers.

However, the Renault Megane RS and VW Golf GTI sit slightly upmarket from the feisty Ford, starting from $45,990 and $46,190 respectively.

We won’t be able to make a definitive assessment on whether the Ford Focus ST is the pick of the hot hatch bunch until it launches next year, but it has all the ingredients in place to mount a convincing argument.