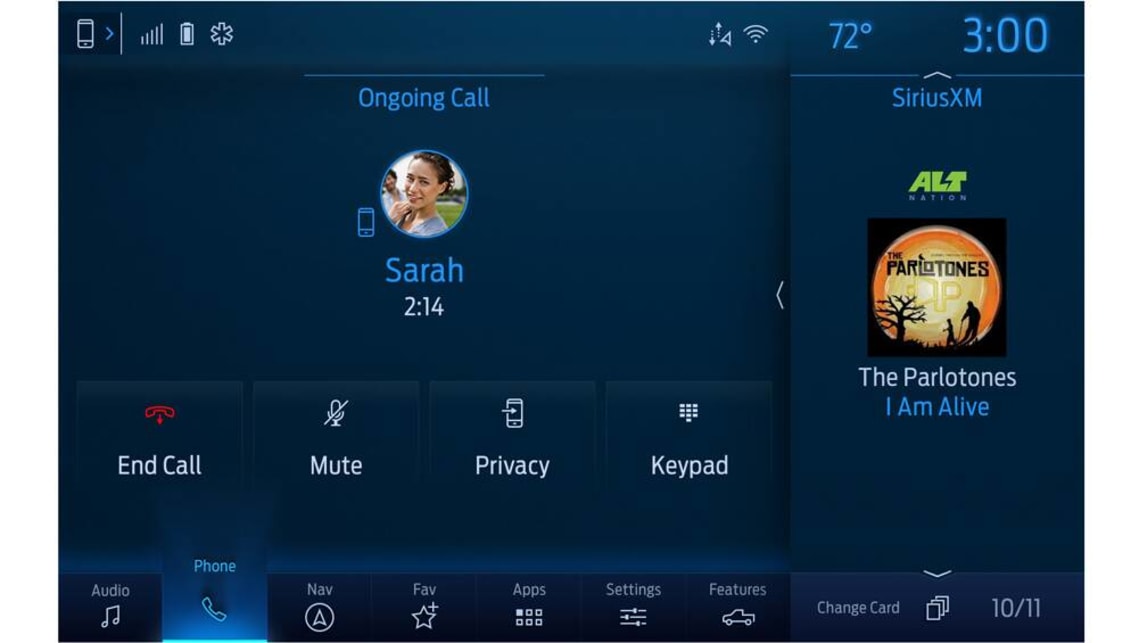 Ford will roll its new-look Sync 4 multimedia system next year, which will likely make its Australian debut in the new-generation Escape mid-size SUV due in the first half of 2020.

Boasting twice the computing power of the Sync 3 system, Ford claims the new multimedia technology will “help make navigation, music and connection your vehicle to your smartphone faster and easier”.

Machine learning capabilities similar to the Mercedes-Benz User Experience (MBUX) system is also included, which can assess frequently used functions – like calling home after work – to tailor preferences and suggestions to suit.

Conversational voice recognition is also a new feature of Sync 4, which the user interface will be spruced up with a graphic design overhaul.

A 12.0-inch screen will be available on some new Ford models, which allows for split-screen multitasking, while a massive 15.5-inch display will enable ‘Adaptive Dash Cards’ that work similarly to a smartphone’s recent apps function.

Ford will also ditch the physical owner’s manual in favour of a digital one that can be browsed through the new Sync 4 system, enabling search functionality and liberating space in the glove box.

Though Ford is yet to confirm exactly which vehicles will receive the new Sync 4 system, given its range-wide rollout of the preceding Sync 3 technology, expect to see the new multimedia technology in all the brand’s new models going forward.

As such, the first candidate would be the new-generation Escape mid-size SUV, though Ford Australia could update systems in the Focus small car and upcoming Fiesta ST.

The Escape will also be Ford Australia’s first electrified model, with a plug-in petrol-electric powertrain that outputs 160kW of power.